Academy members receive their Oscar ballots this week, and will begin returning them to PricewaterhouseCoopers almost immediately.

As for what happens next, even most voters have little idea.

The Academy’s executive director, Bruce Davis, has spoken to groups about the process, sent letters to Academy branches that have asked for explanations, and tried to make sure that members understand why the system will let them vote for their favorites without second-guessing or playing games. 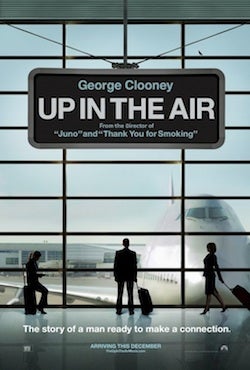 But he’s not convinced that the message ever really sinks in. “I don’t think a very high percentage of members could describe exactly how it works,” he once told me. “When I hear them talking about it, I can tell they don’t understand.”

So how does it work?

To begin with, it doesn’t involve computers. This is a very low-tech process, one that involves stacking ballots on a table — and not leaving a paper trail. Called the “preferential system,” it's an intricate and little-used process also known as instant runoff voting.

It can be used to come up with a slate of candidates. It also can be used to avoid runoff elections by looking at a voter’s second and third choices — but it only does that as needed.

And, theoretically, it avoids the problems that can arise in a typical weighted system, in which your first choice gets 10 points, your second choice nine, etc.

Ideally, the system means voters won’t have to play games with their ballots; they can vote for the films they truly believe are best, and the system will allocate their vote where it will do the most good. Your vote will go to your last-place choice only if your other choices don’t need it.

Before we get into the process, a couple of key points:

First, you’re listing five or 10 films on your ballot, but you’re only actually voting for one. Your ballot gives you a single vote, which goes to a single film. (Ballot photo: Greg Harbaugh/AMPAS). 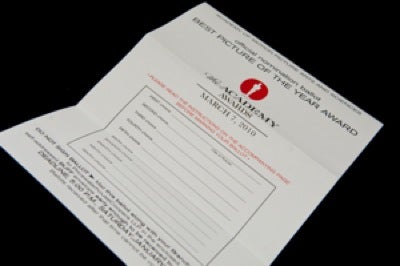 Second, if a movie's not ranked number one on somebody’s ballot, it's out. This serves to narrow the field considerably.

Example: Movie City News is now compiling all the critics’ top 10 lists for the year. As of this weekend, they had 54 lists, which mentioned a total of 104 different films.

But only 21 of those films were ranked number one on the ballots – so if those lists were tabulated using the preferential system, those 21 films would be in the running and the other 83 would be immediately eliminated. 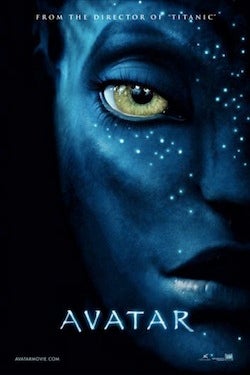 Conjuring up the magic number …
If you’re a PricewaterhouseCoopers accountant on the Oscar team, you’ll start by taking all the ballots in a category, counting them and determining how many votes it’ll take to guarantee a spot in the top 10, or the top five.

The math is simple: You take the number of nominations up for grabs, add one, and use the resulting number to divide the number of votes. Then you add one, or any fraction of one.

For instance, if you have 5,500 Best Picture ballots and you’re looking for 10 nominees, you divide 5,500 by 11, giving you a magic number of 500. Now, it’s theoretically possible that 11 different films could each receive 500 votes – but if you add one (or any fraction, if that magic number isn’t a whole number), you’ll get the number that will automatically put you in the top 10, and thus guarantee you a nomination.

So in our hypothetical example, the magic number for a Best Picture nomination is 501.

… then sharing the wealth
With that number in hand, you sort all the ballots into stacks, according to each voter’s number-one choice. If any film has reached the magic number, it’s a nominee, and you take its stack of ballots off the table.

That’s the end of round one. To start round two, you look at the stacks that remain on the table, and eliminate the film with the smallest number of votes. You pick up that pile of ballots, and redistribute them according to the film ranked second on each of those ballots. 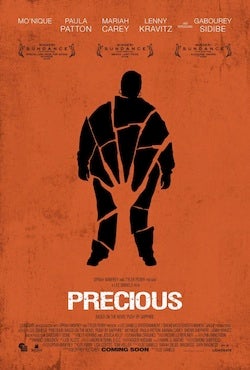 If a particular ballot’s number-two choice has already been eliminated, or has already secured a nomination, then you go to the number-three choice, or you move as far down the ballot as is necessary to find a film that’s still in contention.

Once the redistribution has taken place, you recount all the stacks. If any film has now passed the threshold, it’s added to the list of nominees, and you take its stack off the table. Then, to start round three, you locate the smallest remaining stack and redistribute it in the same way.

The process continues, with the smallest stack redistributed, until the field has been narrowed down to 10, or five, or whatever number you want.

Those are the basics. But (sorry about this), there are complications.

Reshuffling the decks
First of all, explanations of the process rarely get into this, but the magic number changes slightly with each new round of voting.

For each subsequent round, you have to recalculate how many ballots are still in play and how many nominations remain up for grabs, and do the math all over again.

Going back to our hypothetical 5,500-vote Best Picture vote, let’s say that we’ve assembled all the ballots into stacks, and the results look like this:

Since the magic number is 501, that means that “Up in the Air” and “Avatar” are first-round nominees. The stacks containing those ballots are taken off the table; those 1,025 voters have cast their ballots, and their first choices have been nominated.

Now there are 4,475 ballots remaining in play, and eight nomination slots available. This means it’s time to calculate a new magic number: 4,475 divided by nine (8+1) gives you 497.2. Add one, or in this case a fraction of one, and the new number to guarantee a nomination becomes 498.

So then the you turn to the smallest stack on the table, which in our hypothetical example is the 100 votes for “The Lovely Bones.” You look at the number two picks on those ballots, and redistribute the ballots into those stacks.

Adding those new votes to the original stacks, we’ve now got this ranking:

Since the new magic number is 498, “The Hurt Locker” is our third nominee, and its 500 votes come off the table.

That leaves 3,975 ballots in play, and seven nomination slots still available. The new magic number (3,975 / (7+1) + 1) drops slightly, to 497. The ballots for “This Is It” are pulled off the table and redistributed, and the process continues. 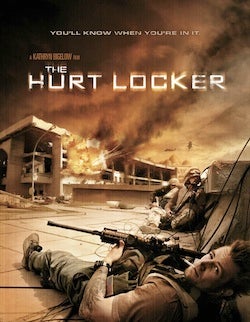 The surplus rule
In the end, many voters will have used their number-one pick to help select a nominee; others will cast theircrucial vote with their second, third, fourth or fifth votes. Eventually, a few voters will probably wind up with ballots that are discarded, because all of their picks have been eliminated.

But there’s one more wrinkle, one that PwC’s Rosas once admitted to me that he doesn’t talk about when explaining the process to people, because it gets too complicated. It’s called the surplus rule, and it kicks in when a film gets at least 20 percent more votes than it needs to secure a nomination.

In our hypothetical example, let’s say that the top of the chart looks like this:

So those two films get their nominations, but their ballots aren’t taken off the table. Instead, they’re all redistributed into the piles of the films listed second — where they count not as a full vote, but as whatever fraction of the vote wasn’t needed. A sliding scale determines exactly what percentage is used. 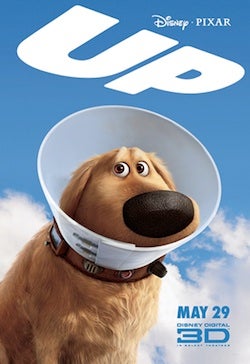 Each voter will still only get a single vote – but in this case, that single vote will be split between two different films.

If you managed to follow that …
You can rest assured that you know more about the preferential system than most voters.

The good news is that things get a lot easier once the nominations are in and the final ballots are prepared. Then it becomes a simple matter of giving the statue to the guy with the most votes …

… except in the best-picture category, which now uses the preferential system to tally votes as well. And, just to make things even trickier, the way in which the process will play out in the final vote could well have a dramatically different effect than the way it works in the nominations.

But we’ll get into that later.