WaxWord has obtained a copy of the production budget of "Robin Hood," the mega-budget adventure film that will premiere this week at the Cannes Film Festival.

While executives close to the film have claimed that it cost $155 million (pricey enough, to be sure), a copy of the greenlighted budget show the true cost to be $237 million, which came out to $200 million after tax rebates.

A Universal Pictures spokesperson said, "We’re confident that ‘Robin Hood’ will perform to expectations this weekend. The budget on TheWrap is outdated and inaccurate."

Here is an image of the budget obtained by TheWrap. Read the full analysis of Universal’s trudge toward profit here: With Pricey ‘Robin Hood,’ Universal Trudges Uphill to Profit. And here’s the budget: 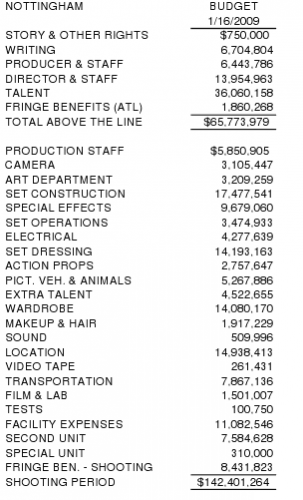 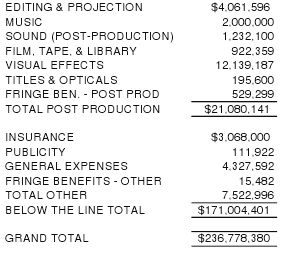