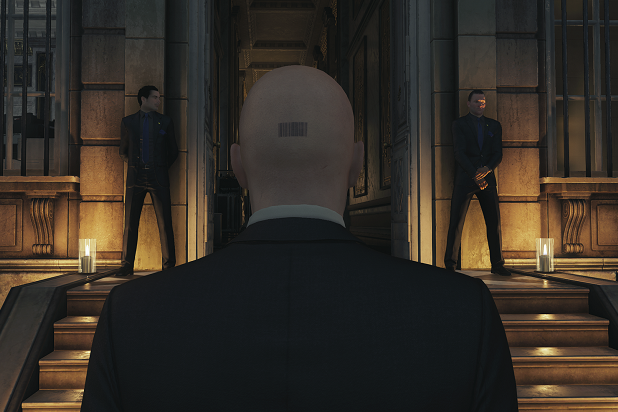 A popular word those industry people who write boilerplate marketingspeak for video games love to throw on the back of game boxes is “sandbox.” It’s a term that has a very specific meaning in video games that doesn’t quite line up with our vision of an actual sandbox in the real world. It’s a term, too, that’s often abused because it implies a playfulness that usually isn’t there in the games themselves.

But the new “Hitman” game, or at least this first of seven episodes that will be released periodically beginning Friday on PC, PlayStation 4 and Xbox One over the course of this year, nails the concept of video-game-as-sandbox as well as any I’ve played in a long time.

After you play through a couple small-scale tutorial assassinations in a training facility, you’re set loose at a fashion show in an absurdly extravagant chateau estate in Paris in an operation dubbed The Showstopper. You’re wearing a tux, and you walk through the front door like any other guest, and you’re given two targets to kill. You have a few possible leads on how to maneuver yourself into a good position, or how to maneuver your targets to where you want them. But in large part this mission is a matter of walking the grounds, surveying the situation and trying different things out to see what happens.

It’s a lot of trial and error, like “let’s see what happens if I use my screwdriver to expose this power cable that’s running through a puddle of water,” for example. I did that, and somebody was killed walking through the puddle. I’m not sure how helpful it was in taking out my targets the way I eventually went about it, but it was interesting and I’m sure if I planned better I could have used that distraction somehow.

Much of the fun of experimentation within this digital sandbox is figuring out how people will react to certain things. The situation overall is a paradox — it’s an immense social gathering with hundreds of people, but it’s also a video game that needs to keep the scenario going even if random attendees start turning up dead or else the whole affair becomes so forgiving for the player that most will just give up after a few tries.

With this game and in this instance I’m a big fan of that sort of terribly unrealistic allowance because it goes to some darkly funny places. The first time I played through this Paris episode I killed the first of my targets by luring him out to the front of the chateau and sniping him with my silenced pistol from an empty room nearby. This target was the host of this party, and he got shot in the face right in front of a bunch of people. But the party went on, and not long after I encountered a member of the house staff dragging a bodybag with my dead target in it through the halls of the chateau, as well dressed guests continued carrying on. That is brilliant.

That sort of weird video gameness, sacrificing any meaningful attempt at logic for the sake of the player’s comfort with the experience, typically irritates me in a sort of ideological way (I did, after all write a book complaining about exactly that sort of artless inconsistency). There are a few reasons why it worked for me here, though.

The first, ironically enough, is I have no idea what the plot of the full game is at this point. That might be general storytelling ineptitude on the part of the developers at IO Interactive, but the effect on this episode is that it feels perfectly self-contained. You’re told right at the start who you’re there to take down, and you’re told why. There is some double dealing going on that you’ll catch hints of if you pay attention to the right people are you wander the chateau grounds, but not having a good view of the bigger picture means I don’t have to be concerned with it.

The episodic release helps with that. I played the Paris episode knowing there wasn’t anything beyond it to be concerned with, no 20-hour opus I’d have to binge over the weekend. It was just Paris and me, me and Paris. I look forward to playing the episode several more times to try different things. It’s strange, because games like this, where you’re expected to be sneaky pretty much constantly while you play, tend to stress me out. But this game, presented this way, was actually relaxing.

And so here we are, with a stealth-oriented video game that manages to be breezy, interesting and fun. I don’t know if IO and publisher Square Enix will be able to keep it up as the year goes along, but I’m actually interested in finding out.