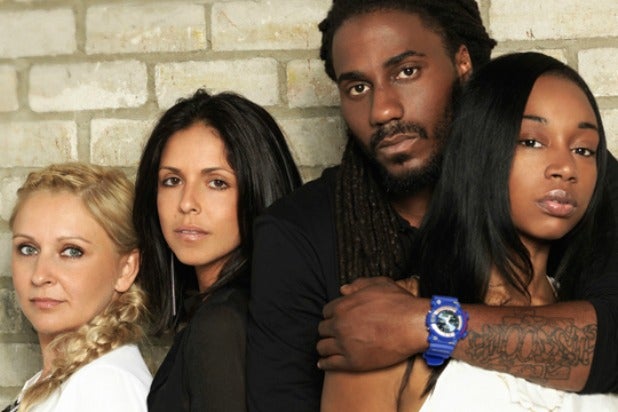 “Jersey Strong” plays like a progressive fantasy — but it’s as real as real gets.

The excellent new docuseries on Pivot, the Millenial-targeting cable network, follows two women trying to save souls in Newark, N.J., one of America’s poorest cities. It debuts Saturday.

The first woman, Jayda is a reformed member of the Bloods in love with a Crip. She has dedicated her life to helping girls resist gangs. The second, Brooke Barnett, is a criminal defense attorney who once kept Jayda out of jail. Barnett grew up in the suburbs, but almost ended up behind bars herself when she was busted with prescription drugs as a teen.

As the show’s previews note, they aren’t like most people you see on television. Unless of course you watched the Sundance Channel’s outstanding “Brick City,” on which both women previously appeared.

Former Sundance president Evan Shapiro now runs Pivot, and wanted to keep following Jayda and Barnett. The new show’s focus on two characters may make it even more involving than “Brick City,” which followed a large cross-section of the city, including mayor and now-Senate candidate Cory Booker.

Also read: Meghan McCain on New Pivot Show: ‘I Get Heat for Every Single Thing I Do’

It’s tempting to praise any reality show that’s positive-minded, whether or not it’s entertaining. Oprah Winfrey‘s OWN, for example, is stocked with uplifting shows that eschew the usual fake, trumped-up feuds. But the lack of conflict can cost OWN’s shows in terms drama.

“Jersey Strong” has drama for miles. And it doesn’t need to invent it.

Barnett’s clients tend to be poor and desperate. Jayda works with girls who can easily mistake violence for opportunity. The show is relentlessly blunt in a way that defies politics and stereotypes.

The first episode finds Jayda pleading with a teenager to have an abortion. The young woman says she’s prayed on it and wants to have the baby. Jayda says she’s playing devil’s advocate.

Jayda’s home life is complicated, too. Her relationship with a Crip named Creep would ordinarily get him killed, she explains. But she has two beautiful children, and her son matter-of-factly explains that he’s prioritizing academics over everything else.

Barnett’s partner is a woman named Maggie whose children think of her as another mother. But things may not be so smooth elsewhere.

A white person surrounded by African-Americans, Barnett stresses how comfortable she feels with the community, and her mostly black clients seem to love her. But there are hints she may overdo it sometimes: She breakdances on the floor before a boxing match for a fighter she helped get acquitted. Still, her good intentions are obvious.

The first episode ends with a reunion between Jayda and Barnett that feels like a pledge between two Wild West heroes to clean up this town. They’re peacemakers, not gunslingers, in for the fight of their lives.

“Jersey Strong” airs on Pivot at 10:30 p.m. ET Saturday. The network airs on select cable systems, as well as Dish and DirecTV, and through AT&T U-verse and Verizon FIOS. DirecTV broadband subscribers can also access Pivot through the Pivot app.