Actress Rhonda Stubbins White, known for her roles in television shows like “Days of Our Lives,” “ER” and “The West Wing,” has died. She was 60.

Stubbins manager confirmed her death with People, saying she died Monday after a battle with cancer.

“We are deeply saddened to hear of this news,” Sheila Di Marco, Stubbins’ commercial agent, told TheWrap in an email. “She was beautiful inside and out. Our thoughts and prayers are with her family.” 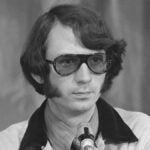 The New York Post reported that White died at her home in Los Angeles.

Todd Baker, a close friend of the actress, wrote on Rhonda’s Facebook page “It is with great sadness that I announce the passing of my dear friend Rhonda Stubbins White. She was an amazingly talented woman, full of positivity and energy, and grounded by her faith. We were all fortunate to have known her and shared her short time on this earth.”

White collected credits on many television series, including “Ruthless,” “The Comeback,” “Shameless,” “Crossing Jordan,” “The West Wing,” “NYPD Blue,” “ER,” “Touched by an Angel” and probably most importantly the soap opera “Days of Our Lives.” She also appeared in sever films, such as “Their Eyes Were Watching God,” “Sunset Park,” “Land of Plenty” and most recently “I Heard Sarah.” 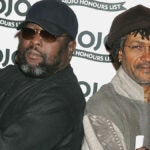 Ten years after she graduated from New York University’s Tisch School of the Arts in 1982, White’s career began when she landed an appearance in a 1992 episode of NBC’s “Here and Now,” according to The Daily Mail.

White is survived by her siblings Gregory and Annette.