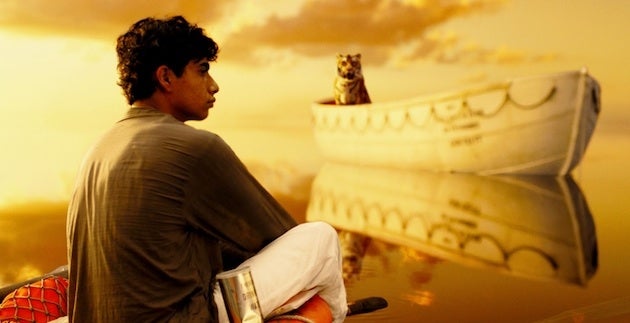 Visual-effects company Rhythm & Hues has shed more than half of its L.A. staff since it filed for bankruptcy protection in February, TheWrap has learned.

The Oscar-winning company, now owned by Prana Studios, is down to roughly 200 L.A. employees following layoffs and furloughs, according to multiple individuals with knowledge of the company's restructuring. Prior to its bankruptcy, the company boasted more than 700 employees at its headquarters in El Segundo.

That represents a 71 percent drop in the five months since Rhythm & Hues won an Oscar for "Life of Pi."

Despite the cuts, an individual close to Prana said the company deserves credit for saving jobs and notes that many of the staffing reductions were instituted before Rhythm & Hues was sold.

"This was a situation where Prana was able to save 200 jobs in L.A. at a company where there would have been zero jobs," the individual said.

Company founder John Hughes and Chief Technology Officer Jay Miya are among the staffers who have departed in recent months. Lee Berger, president of Rhythm & Hues' film division, has remained with the company after its new owners took over.

Employees that continued to work for the company since it filed for bankruptcy describe months of belt-tightening and uncertainty.

Rhythm & Hues was purchased by Prana in March during a turbulent bidding process that also drew interest from Prime Focus and Brave Vision. When Rhythm & Hues filed for bankruptcy protection in February, it reported that it had $27.5 million in assets and roughly $33.8 million in liabilities. Before it succumbed to financial difficulties, Rhythm & Hues won awards and acclaim for its work on films like "Babe" and "Life of Pi."

Also read: Can the Visual-Effects Industry Survive the Pitfalls of Free Money?

Those employees who continued working through the bankruptcy auction describe became a bare-bones operation while Rhythm & Hues waited to find out who would win the bidding. Soda and coffee machines went empty and toilet stalls often lacked toilet paper, one former employee told TheWrap. During that time, a collection was taken up asking workers to donate money to fill the beverage machines, the employee said.

The company did boast a number of high-profile projects like the Legendary Pictures' medieval adventure "The Seventh Son" that it was working on when it filed for Chapter 11. With Prana in control, it managed to secure work on "Machete Kills."

In May, Rhythm & Hues sold its three building, six-acre El Segundo, Calif. office for  $25 million to New York real estate developers. The company also has offices in India, Taiwan and Canada, but remains primarily based in L.A.