“Knives Out” director Rian Johnson and his wife, “You Must Remember This” podcast creator Karina Longworth, have launched a donation drive and pledged $100,000 to support the ongoing renovations of beloved Los Angeles video store Vidiots.

Johnson and Longworth will match all donations made to the Vidiots fundraiser site up to $100,000. The proceeds will go towards Vidiots’ efforts to renovate the Eagle Theater in Eagle Rock, restoring it to its original purpose as an independent cinema with 35mm projectors and an adjacent video store with tens of thousands of videos, DVDs and Blu-rays to rent.

A group of Hollywood filmmakers and actors have worked with Johnson and Vidiots on the renovation project, including Aubrey Plaza, Phil Lord, Morgan Neville, Patton Oswalt and Amy Pascal. So far, the campaign has raised $1 million of its $2.5 million goal, with plans to open the Eagle Theater next spring. 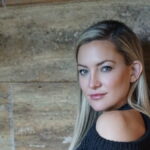 “Given the recent demise or transformation of some of our most beloved places for moviegoing in Los Angeles, it feels more urgent than ever to celebrate and support the rebirth of Vidiots. We hope you’ll join us in helping the women of Vidiots build an inclusive shrine to movies — both projected in a community setting, and preserved on physical media,” Longworth and Johnson said in a statement.

“The past year has only solidified our belief that film spaces designed to foster human interaction and artistic discovery are vital to inspiring the next generation of storytellers and audiences. With Karina and Rian’s unparalleled support, and the incredible generosity of all our Founding Members and film-loving supporters, Vidiots will once again be the film hub LA,” Vidiots said.

Johnson is currently in Greece filming the sequel to “Knives Out,” which will see Daniel Craig return as Detective Benoit Blanc with a new cast of suspects that includes Dave Bautista, Edward Norton, Kathryn Hahn, Ethan Hawke, and Leslie Odom Jr. The film is expected to be released by Netflix in 2022.