“Richard Jewell” screenwriter Billy Ray is getting pushback from the Atlanta Journal-Constitution editor of reporter Kathy Scruggs, saying that Ray damaged the reputation of a woman “who can’t do anything at all now to recover” it.

Bert Roughton, who was Scruggs’ editor in verifying her reporting on the Jewell case during the 1996 Olympics, took issue with Clint Eastwood’s film for specifically criticizing and naming her, rather than himself, other managing editors or the news outlet as a whole.

Scruggs died in 2001 of a drug overdose after years of depression that resulted from the paper being sued by Jewell for defamation. The paper ultimately defended and won the lawsuit. Neither she nor Jewell are around to comment on – or defend – their depiction in the film.

“If Billy Ray had wanted to write a screenplay that took on the newspaper as an institution and the editors of the newspaper, including me and named me and attacked me and characterized me, that would be one thing, because I can defend myself,” Roughton told TheWrap. “Kathy was doing her job, bringing in a story independent of that. The decision of whether to publish that or name Jewell was not up to Kathy. I think his assertion is absolutely specious. If he wants to take on our decision making or take me on or our managing editor, whomever, he should do that, but that’s not what he did in this film.”

Much of the debate has concerned a moment in the film that suggests Scruggs had sex with an FBI agent in order to get a story tip on Jewell, something the AJC and Roughton say there is no evidence to support.

However, on Thursday, Ray spoke to Deadline and said the AJC was deflecting by focusing on “one single minute in a movie that’s 129 minutes long” and criticized the AJC for its reporting at the time. 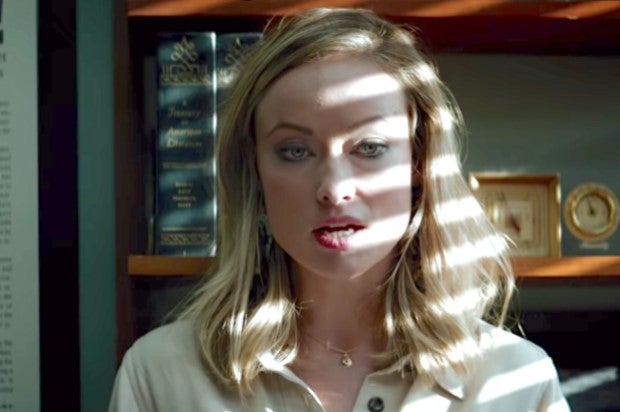 “The AJC hung Richard Jewell, in public,” Ray said. “They editorialized wildly and printed assumptions as facts. They compared him to noted mass murderer Wayne Williams. And this was after he had saved hundreds of lives. Now a movie comes along 23 years later, a perfect chance for the AJC to atone for what they did to Richard and to admit to their misdeeds. And what do they decide to do? They launch a distraction campaign. They deflect and distort…opting to challenge one assertion in the movie rather than accepting their own role in destroying the life of a good man. The movie isn’t about Kathy Scruggs; it’s about the heroism and hounding of Richard Jewell, and what rushed reporting can do to an innocent man. And by the way, I will stand by every word and assertion in the script.”

Warner Bros. had no comment for this story, and Ray did not immediately respond.

Roughton defended his decision making at the time of choosing to publish the Jewell story and naming him as a suspect as “completely reasonable,” and he says he’s heard “second guessing” from critics for the last 23 years.

“We had an accurate story verified completely that was on a very important public issue involving the public coming down on this one guy. I think it’s absolutely debatable, and I think it’s a great debate to have of when to name people, when we shouldn’t. At that time we decided to name Richard Jewell. And if anyone believes that Richard Jewell’s name would not have been brought up to the public within 24 hours one way or another or dependent on whether we decided to hold our story, wasn’t paying attention. The FBI was outside his house. They were planning to interview him. They were executing warrants. His name would’ve surfaced one way or the other,” Roughton said.

“It’s just some kind of fantasy that had our newspaper decided not to name Richard Jewell that somehow he would’ve been protected and somehow his reputation wouldn’t have been harmed at the time.”

But Roughton said a movie that aims to clear Richard Jewell’s name and criticize the press should not do so “by damaging a woman who cannot speak for herself and who can’t do anything at all now to recover her reputation.”

“Films are very powerful. They’re dramatic in that they created that film of making Kathy Scruggs to be this force of evil without any conscious of thinking at all about what she was doing and the implication,” Roughton said. “It’s going to linger for a long time. I don’t know how she’ll ever be able to recover her reputation.”

Roughton also defended Scruggs meticulousness as a reporter and said not only was there no evidence to suggest she ever slept with a source but that it would not be her “style.” He said he’s seen “Richard Jewell” twice and disagreed with other scenes in the film, including one in which she obtains a scoop by hiding in the backseat of someone’s car.

“The sequence of events when I was dealing with her on this story, it doesn’t make sense to me. Her conversation with her primary source was very detailed, was the kind of thing that you had to be taking careful, knowing that you had to be paying close attention. And she got in touch with me very quickly after she finished having that conversation. I don’t see anyway that she would’ve had time to stop and have sex with somebody. And it would’ve been out of character for Kathy,” Roughton told TheWrap. “I was absolutely astounded by her depiction as her as a demonic, crazed victim who has not one sense of propriety, was awfully rude to her colleagues, was the kind of person who would bully a managing editor into publishing a story.”

Earlier this month, the AJC sent a letter threatening producers and filmmakers with legal action over the “malicious fabrications,” and called for a boycott of the film. The letter, from the law offices of Lavely & Singer accused the filmmakers of acting “recklessly” and “engaging in constitutional malice” due to the film’s portrayal of Scruggs. The paper demanded that the filmmakers issue a public statement that acknowledges they took dramatic and artistic licenses with the story, and that a prominent disclaimer is added to the film.

On Monday, Warner Bros. issued a statement in response to the AJC’s legal demand saying the film was based “on a wide range of highly credible source material.”

“There is no disputing that Richard Jewell was an innocent man whose reputation and life were shredded by a miscarriage of justice,” the statement read. “It is unfortunate and the ultimate irony that the Atlanta Journal Constitution, having been a part of the rush to judgment of Richard Jewell, is now trying to malign our filmmakers and cast. ‘Richard Jewell’ focuses on the real victim, seeks to tell his story, confirm his innocence and restore his name. The AJC’s claims are baseless and we will vigorously defend against them.”

Further, “Richard Jewell” does conclude with a disclaimer — something that has always been in the film and not added in recent weeks — according to an individual with knowledge of the project.

“The film is based on actual historical events. Dialogue and certain events and characters contained in the film were created for the purposes of dramatization,” the disclaimer reads.