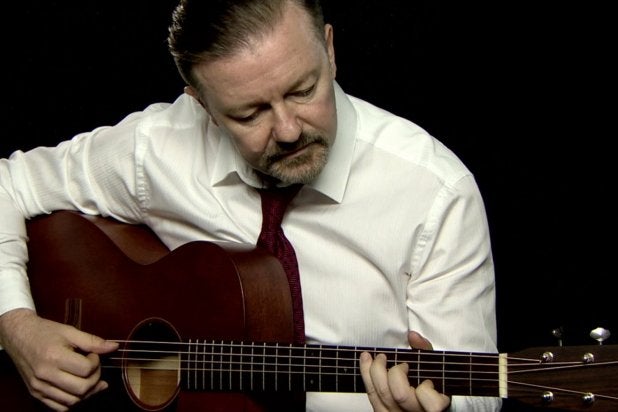 Ricky Gervais is returning to the character of David Brent, made famous on his original U.K. version of “The Office,” for a follow-up film called “Life on the Road.” It will pick up with David 15 years after “The Office” wrapped as he hits the road to pursue his dreams of becoming a rock star.

While most Americans are more familiar with NBC’s long-running version of “The Office,” it was based on the much shorter comedy series created by Gervais in the U.K. “The Office” ran on BBC Two from 2001 to 2003, with Gervais starring as David Brent, the British counterpart to Steve Carell‘s Michael Scott.

While production on “The Office” wrapped more than 10 years ago, Gervais has never really said goodbye to David Brent. Most recently, he used the character in a series of YouTube videos, and even took the fictional character’s band on the road for a series of live performances.

“Life on the Road” is currently in development, according to the BBC, and eyeing a 2015 production start.

He hires session musicians by dipping into his pension in hopes that a U.K. concert tour will help solidify him as a bona fide rock star. Fans of the original “Office” can imagine how not-well this is going to work out, and how many cringe-worthy moments will come.