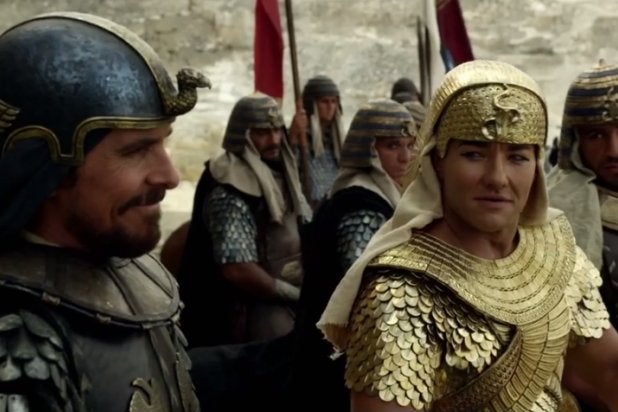 “Exodus” will now be screened in Morocco after Fox Studios’ agreed to remove offensive passages from the film.

The Moroccan Cinematography Center explained the film can now be shown in theaters after the studio and director Ridley Scott removed dialogue implying a character represented God.

Spokesperson for Fox has not yet responded to TheWrap’s request for comment.

“They went ahead and made the desired change, removing two audio passages that alluded to the personification of the Divine,” the statement said.

The center also said the ban was not censorship, but a move to respect people’s beliefs.

“This shows that the respect for freedom of creation, like all freedoms, does not mean ignoring the sentiments of citizens, particularly religious ones,” the statement read.

Last month, the center demanded theaters stop showing “Exodus” after the review board took issue with a scene where a child playing God talks to Moses.

Also read: ‘Exodus: Gods and Kings’ Banned by United Arab Emirates for ‘Many Mistakes’ About Islam, ‘Other Religions’

Both Islam and Moroccan law forbid the display of images of God, TheWrap previously reported.

The move prompted criticism even causing few to wonder if the ban could deter movie productions from coming to Morocco, a major filming destination for foreign movies.

Outside of Morocco, “Exodus” was also banned in Egypt and the United Arab Emirates for what they claim were historical inaccuracies.