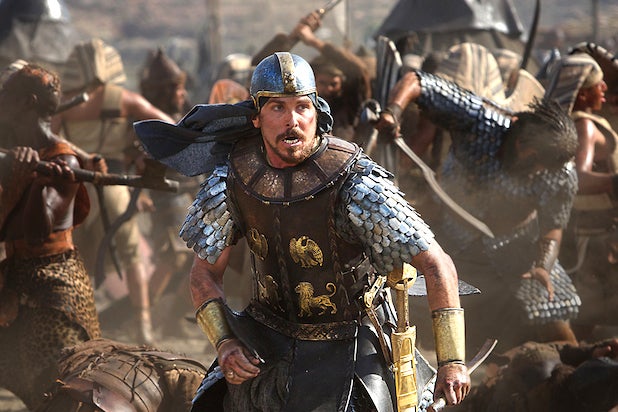 On Saturday, the country’s film commission notified all cinemas that the film about Moses has been banned for portraying God in the movie.

Both Islam and Moroccan law forbid the display of images of God.

Also Read: ‘Exodus: Gods and Kings’ Banned by United Arab Emirates for ‘Many Mistakes’ About Islam, ‘Other Religions’

But now one of the parties in the Moroccan government has blasted the ban, calling it  “incomprehensible.”

Morocco is a major destination for foreign movies looking to shoot in Africa and the Middle East, and some in the country’s government think this ban could deter movie productions from coming to Morocco.

“There should have been a more intelligent handling of this affair in a way that didn’t damage the image of the kingdom and preserves the freedom of creation and art,” the Progressive Socialist Party said in a statement Wednesday.

Also Read: ‘Exodus: Gods and Kings’ Banned in Egypt Because of ‘Historical Inaccuracies’

The Moroccan Cinema Commission took issue with a specific scene in which a child playing God talks to Moses.

“All members of the commission made this decision and it has nothing to do with the freedom of expression,” Minister of Communication Mustapha Khalfi told The Associated Press.

The movie has already been banned in Egypt and the United Arab Emirates.

Gulf News, a daily English-language newspaper published from Dubai, reported the UAE’s authority in charge of approving films will not allow it to release in the country due to “mistakes” regarding Islam and other religions found in the movie.

Egypt also banned the film due to “historical inaccuracies.”

Directed by Scott, “Exodus: Gods and Kings” follows the exodus of the Hebrews from Egypt as led by Moses (Christian Bale) and told in the Bible’s Book of Exodus.

Watch a trailer of the movie here.

“Exodus: Gods and Kings” opened in North America on Dec. 12 and earned $8.7 million on its opening day. The film topped the box office during its opening weekend with $24.5 million.