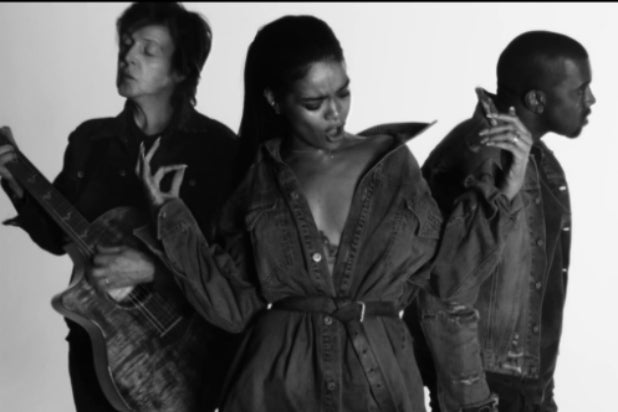 The full music video for “FourFiveSeconds” was released on Tuesday via Vevo. Readers can watch it below.

West will also perform solo on the CBS telecast.

Rihanna has won seven Grammys, West has 21 trophies. McCartney has 18 gramophone awards to go along with two Recording Academy Lifetime Achievement Awards — one for solo work, one for his time with the Beatles. Rihanna has one nomination this year, West has two.

The 57th Annual Grammy Awards are produced by AEG Ehrlich Ventures for The Recording Academy. Ken Ehrlich is executive producer, Louis J. Horvitz is director and David Wild and Ehrlich are the writers. LL Cool J is a producer.

Watch the music video for “FourFiveSeconds”: