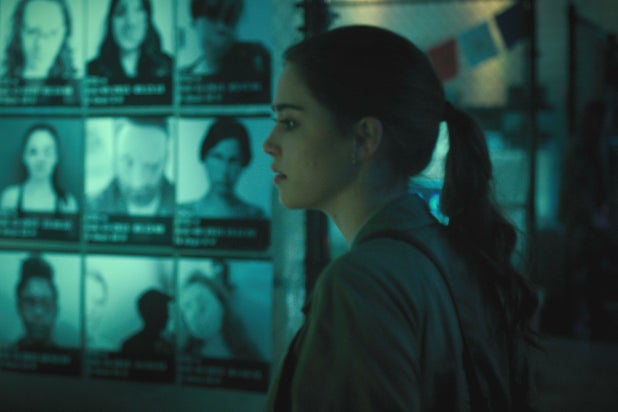 Was there a clamoring we all somehow missed for a movie that would bring back the killer videotape that turns a viewer’s life into a seven-day rental?

One would have thought that 2005’s “The Ring Two” had drained that well dry (pun intended); that follow-up even got us all to feel sorry for its director, Hideo Nakata, who made the original Japanese films (“Ringu” and “Ringu 2”) that got Hollywood interested in gore-less creeps and sinister girls with long black hair in the first place. It seemed there just wasn’t that franchise zip in “The Ring” the way “Saw” and “Paranormal Activity” could inspire — too strong a word? — installment after installment.

The new “Rings” is, therefore, both a continuation and a do-over, an attempt at fresh tracks on vinyl (or, conversely, nostalgia on your smartphone), but the only creative truth is that when you’ve seen one Samara-driven distorted-face death, you’ve seen them all. And when you don’t have Naomi Watts around to ground a silly horror film in something resembling a convincing human being, a movie as nonsensical and dreary as “Rings,” directed by F. Javier Gutiérrez (“Before the Fall”), truly has nowhere to go.

A prologue on a plane in mid-air acts as a rules refresher: The sweaty young hunk tells the cute female passenger across the aisle that he’s five minutes from dying after seeing this freaky video a week prior, only learning now that to save himself, he has to copy it and make someone else watch it. Too late: Cue the pooling black liquid, a swarm of flies, and curse girl Samara crawling out of the cockpit’s navigation screen.

Two years later, Johnny Galecki buys the dead kid’s VHS player at a garage sale and watches the tape lodged inside. He not only gets the breathy phone call (“Seven days!”), but the rain outside goes up instead of down! And there’s a fly in his cigarette! Cool? Weird? Cool and weird!

Then we meet young-and-in-love Julia (Matilda Lutz, “Summertime”) and bound-for-college Holt (Alex Roe, “The 5th Wave”) as they lie in bed and discuss Orpheus venturing into hell to save his girl, as one does when frolicking in tight underwear. (“I relate to the guy,” Holt says.) But when Holt stops returning Julia’s calls/texts, she heads to his school to investigate.

What she discovers is a weird, clandestine biology lab studying a strange videotape, and run by Galecki’s experimental professor, who says things like “The immaterial human consciousness has touched the material,” which, incidentally, would be the most boring tagline ever for “The Ring.”

Smartypants-sounding references to mythology and scientific constructs about the soul aside, the notion of a secret death cult built around Samara’s arty hex clip from the grave is not a bad idea for a sequel, an idea all too appropriate for this generation’s unholy preoccupation with technology, risk, and peer pressure. The nervy scene in which Julia learns the hard way about the videotape — from a doomed student desperate to trick Julia into watching it on her laptop — hints at where “Rings” could go.

But alas, “Rings” screenwriters David Loucka, Jacob Estes and Akiva Goldsman dump that premise entirely. Instead, they introduce an all-new video of spooky black-and-white imagery meant for Julia only, a different ghost girl with a past, and a trip to a small town to learn more about Samara’s history. What could have been “It Follows” instead becomes a Nancy Drew movie, exploring a mystery you simply don’t care about, laden with fake frights (dog barking, umbrella opening) and Vincent D’Onofrio as a blind graveyard caretaker. All that’s missing is Scooby-Doo music.

Horror films that backstory the audience to death lose all hope of mining what’s eerie and unsettling about the unknown, and “Rings” is a perfect example: it doesn’t so much spread its familiar myth as dilute it. Visually it’s also cramped and unremarkable. Where Gore Verbinski (“The Ring”) at least knew how to set a disconcerting, sickly mood, Gutiérrez can’t unnerve you with a location or a situation; he overdoses on close-ups of his actors without indicating he cares about them as characters, to the detriment of any spatial coherence or framing tension.

If you’ve seen one horror film in the past year, you can tell when the movie’s shocks are coming. That also extends to the ending that isn’t an ending, which is supposed to prime you for “Rings 2,” or is that “Ring 4”? “Rings Again”? If we watch another of these, will we die of boredom?