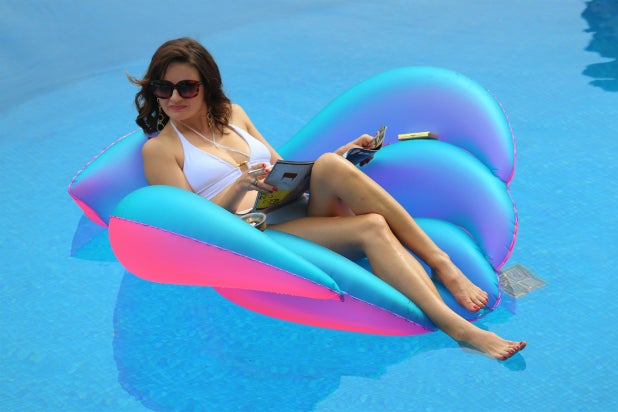 After celebrating romance in Paris and New York, “Rio, I Love You” is the latest installment in the Cities of Love series. And despite featuring vignettes by acclaimed directors (Paolo Sorrentino, Fernando Meirelles) and actors (Harvey Keitel, Vincent Cassel, John Turturro), the third time in this case is not the charm.

Austrian director Vicente Amorim is credited for “transitions,” but with 11 shorts packed into just less than two hours, it’s difficult to discern what constitutes a transition and what’s an actual story. A few characters repeatedly pop up during these interludes, but other characters wander into different shorts as well, making the whole enterprise confusing.

It doesn’t help, either, that as soon as you figure out who you’re watching and what’s going on, the film jumps onto the next chapter. Most damning, however: The bulk of these stories just aren’t very engaging — or even good.

Kicking things off is Andrucha Waddington’s “Dona Fulana,” an occasionally joyful but mostly forgettable story about a homeless grandmother who prefers the freedom of living outdoors to being shackled to a house and its attendant bills. The follow-up, Sorrentino’s shocking “La Fortuna,” portrays a contentious, pretty young wife (Emily Mortimer) and her infirm, beleaguered older husband (Basil Hoffman). After the innocuous “Dona Fulana,” this short may snap you to attention, but you don’t get quite enough background on these characters to feel that its cold conclusion is justified.

“La Fortuna” is far from the film’s low point, however. That honor goes to Im Sang-Soo’s “O Vampiro do Rio.” You don’t need to speak Portuguese to understand what it’s about. And let’s just say that a vampire waiter, a hooker, and a sort of Carnaval for the undead makes for an unsatisfying mix. Another ludicrous entry, Stephan Elliott’s “Acho que Estou Apaixonado,” involves an American celebrity and his driver, who immediately develop an antagonistic relationship — until, that is, the star spies Sugarloaf Mountain and decides that they both must climb it, experience apparently unnecessary.

Elliott’s contribution to “Rio, I Love You” at least fulfills the franchise’s mission of showcasing different areas of the city in focus. So, too, does José Padila’s “Inútil Paisagem,” which features Rio’s well-known Christ the Redeemer statue as a man handglides around it, bitching about everything that’s wrong with the city and accusing Christ of having it easy being situated so high. The landscape is lovely, but the five-minute film seems never-ending because of the intolerably lounge-y Maucha Adnet ballad that accompanies it. 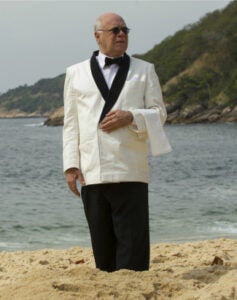 One of the anthology’s star-studded entries, “Quando não há Mais Amor,” directed by Turturro and co-starring him and Vanessa Paradis as Homem and Muhler, is a clichéd breakup scene that gets even worse when Paradis starts lip-synching to her own song (which shares the short’s title). And though Meirelles’ “A Musa” features Cassel and is unique in its sound composition, this story of a sand sculptor who instantly falls in love and is heartbroken just as quickly could have starred anyone and remained equally slight. Carlos Saldanha’s “Pas de Deux” registers as mediocre, a scenario of a couple who are ballet dancers and begin to fight immediately before having to take the stage.

On the brighter side is Nadine Labaki’s “O Milagre,” which features an adorably forthright child (Cauã Antunes) who’s keeping guard over a public phone because he’s waiting for a return call from Jesus; it’s not the Jesus he’s expecting, of course, but strangers intervene to fulfill his wish. Another strong entry is Guillermo Arriaga’s dramatic “Texas.” Texas is the name of a boxer (Land Vieira) and his wife, Maria (Laura Neiva), who was a model until they both were involved in a car accident. She can no longer walk and he lost an arm, but because Texas is determined to get enough money to pay for Maria’s operation, he agrees to a high-risk wager that could either restore Maria’s ability to walk or make her suffer further.

More cities are planned to continue the franchise, including Shanghai and Jerusalem. With “Paris” the strongest installment and “Rio” the weakest thus far, one can only hope that the series reverses its fortune. Otherwise, their critiques, along with “Rio”‘s, can be summed up by Mulher’s response to Homem’s bitter “What happened?”

“Everything,” she says. “And nothing.”