Jurors in Kyle Rittenhouse’s murder trial are not being pressured to say the Kenosha shooter is guilty, according to a spokesperson for Rittenhouse’s family.

That spokesman, David Hancock, made the assertion on Fox News’ “Fox & Friends” program Wednesday morning, just one day after a star host on the same channel suggested jurors are being intimidated by the threat of riots.

Protesters, he said, “sure are trying” to influence the verdict, but Hancock insisted the family is confident the defense’s statements that the teen was acting in self defense when he shot three people — killing two — will produce a not-guilty verdict. “They’re trying but I don’t believe the jury is gonna let that actually take effect on their decision.” 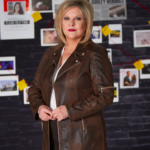 On Tuesday, Fox News’ Tucker Carlson said that Rittenhouse should have already been acquitted. He suggested that the jury is afraid “mobs” will destroy the Wisconsin town if Rittenhouse is not found guilty. He is one of numerous personalities on the right who have suggested something similar.

In August of 2020, Rittenhouse crossed state lines into Kenosha, where he shot three and killed two people amid ongoing protests against police brutality and systemic racism. The 17-year-old Illinois teenager and self-described militia member was arrested and charged with murder. The trial has drawn attention in recent days as Rittenhouse broke down crying on the stand, Judge Bruce Schroeder’s conduct has been called into question and debate rages on television and social media about whether he was acting in self-defense or was an instigator.

Hancock said Wednesday that Rittenhouse’s actions had “nothing to do with race at all, period, full stop.”

Watch above, via Fox News.