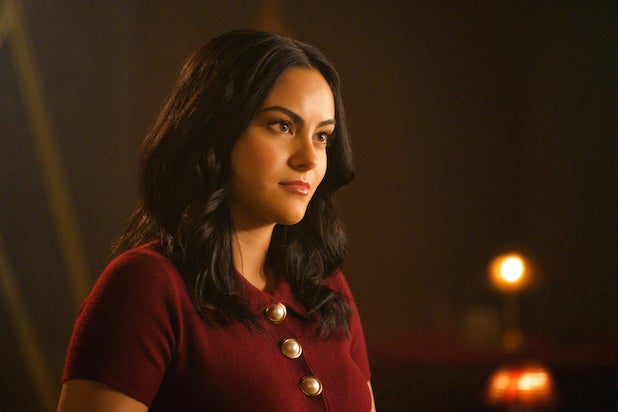 The next musical episode of “Riverdale” may be less bloody but it’ll have no shortage of death.

Roberto Aguirre-Sacasa, the showrunner of the CW teen dramedy, revealed on Twitter on Thursday that the “Riverdale” kids will be taking on “Heathers: The Musical” in the show’s next musical episode.

“Riverdale’s” take on the show follows last season’s episode dedicated to the high schoolers’ staging of “Carrie: the Musical.”

“Last year, we had a blast doing Carrie,” executive producer Roberto Aguirre-Sacasa said in a statement. “This year, we wanted to honor another iconic teen movie. Heathers: The Musical is BIG FUN, with great roles for the Riverdale kids. And everyone is singing…”

“Heathers: The Musical,” based on the cult 1988 comedy starring Winona Ryder, Christian Slater, and Shannen Doherty, was briefly staged as an Off-Broadway musical in 2014. With music, lyrics and book by Laurence O’Keefe and Kevin Murphy, the show features songs such as “Dead Girl Walking” and “Seventeen.”