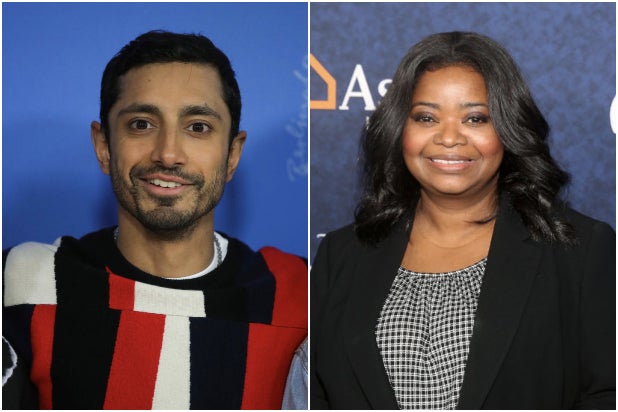 Amazon Studios will produce “Invasion,” a sci-fi thriller that will be directed by BAFTA-winner Michael Pearce and will star Riz Ahmed and Octavia Spencer, an individual with knowledge told TheWrap.

In “Invasion,” two young brothers go on the run with their father, a decorated Marine, who is on a rescue mission to save his boys from an inhuman threat. As their journey takes them in increasingly dangerous and unexpected directions, the boys will need to confront hard truths and leave their childhoods behind.

“Beast” filmmaker Pearce is directing from a script he co-wrote with Joe Barton. The producers on “Invasion” are Raw’s Dimitri Doganis, Piers Vellacott and Derrin Schlesinger.

Also Read: Octavia Spencer on Bringing the Story of Madam CJ Walker to the Screen With 'Self Made'

The project will be presented in association with Film4, which developed it with Raw. Film4’s Daniel Battsek, Ollie Madden and Julia Oh are executive producing. Kate Churchill and Jenny Hinkey will also executive produce.

Film4 also developed and financed Pearce’s debut feature film “Beast” from 2017, and “Invasion” will be his follow-up. Pearce is represented by WME and Independent.

Ahmed most recently starred in “Mogul Mowgli” and “Sound of Metal,” which Amazon is also releasing later this year. Ahmed is represented by WME and Gordon and French.

Spencer most recently lent her voice to Pixar’s “Onward” and she got an Emmy nomination Tuesday for her work in “Self-Made: Inspired By the Life of Madam C.J. Walker.” She’ll next be seen in Robert Zemeckis’ adaptation of the Roald Dahl book “The Witches” and alongside Melissa McCarthy in the Netflix film “Thunder Force.” She is represented by WME and Jackoway Austen Tyerman.