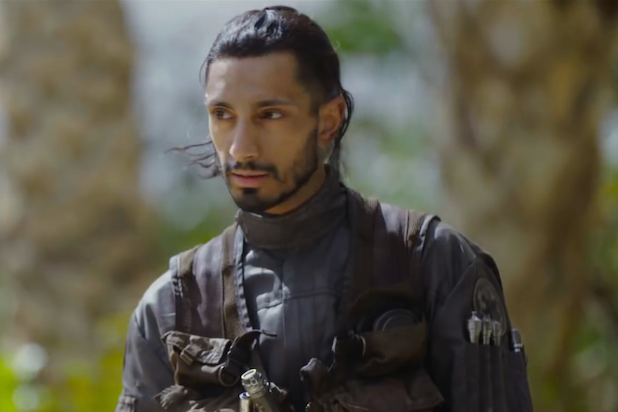 Riz Ahmed, who will star in the upcoming “Rogue One: A Star Wars Story,” says the film is “edgier” than the previous films in the franchise.

“The film is about complex characters and loyalties and murky pasts,” the actor said in an interview with TheWrap about his new movie, “City of Tiny Lights.” “The film is a little edgier, with people making these huge compromises. History isn’t always clear.”

Ahmed will star as cargo pilot Bodhi Rook. In an interview with Entertainment Weekly last month, the 33-year-old described Bodhi as “a little intense, a little volatile,” but now, Ahmed adds that his character is one “who has to question his loyalties as the story progresses.”

Also Read: 'The Night Of' Star Riz Ahmed Says There Were a 'Couple of Possible Endings'

“Rogue One,” set before the events of the original “Star Wars” film, follows a ragtag band of outlaws who hatch a plan to steal the plans to the Death Star.

The film’s protagonist will be Jyn Erso (Felicity Jones), a galactic outlaw who has come up against both the Empire and the Rebellion. She is given a chance to clear her record if she assists in stealing the Death Star schematics.

Also Read: Riz Ahmed on 'City of Tiny Lights': 'It's a Movie About Hurt, But Also Hope'

“I don’t think it will disappoint,” Ahmed added.