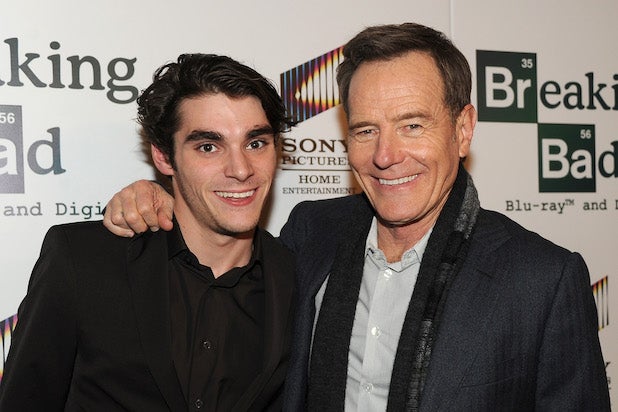 RJ Mitte, who starred in “Breaking Bad” and has cerebral palsy, says there are times when it’s appropriate for able-bodied actors to portray characters with disabilities.

Mitte, who spoke with TheWrap on behalf of his role as a judge for the Easterseals Disability Film Challenge, said that everyone deserves to be represented, and people should continue to voice their opinions about visibility for actors with disabilities. But, he added, that many projects being made today are part of an evolution toward more visibility.

“If we want people with disabilities not to just be stuck to a disabled role or pigeon-holed into a role, we have to be broader in our decision-making. We have to be accepting of, yeah, maybe that is not the right role, but that’s the conversation,” Mitte said. “Let’s keep this conversation going. ‘Why did you feel offended by this?’ ‘Well, this is why.'”

He added: “And let the media and studios hear why you feel that this didn’t do justice or why it didn’t represent you properly. People need to hear it. At the same time, projects need to get made, and if everyone is continuing to try to dim them down or trying to base them solely in, ‘It’s my diversity or your diversity,’ it’s not going to work.”

Also Read: 'On My Block' Star Jessica Marie Garcia on How She Spent 3 Years as an 'Expensive Extra' (Video)

Mitte praised the actors and films for highlighting disabilities, saying that while not all portrayals are positive, “they’re not always negative.”

“A lot of people get very heated about this conversation,” Mitte said. “People say, hire autism carriers, or don’t hire anyone at all. I don’t really agree with that mentality. If you have an amazing actor and he treats the role with justice and people can relate to it, it’s done.”

He added: “There’s a fine line and a time and place for everything. I think those people are like, well, ‘Why couldn’t I have that job?’ Well, you’re not Bryan Cranston. You’re not Dwayne ‘The Rock’ Johnson. No one else is. That’s that person. And they bring something to those roles that no one else can.”

Also Read: RJ Mitte Says He's Not in the 'Breaking Bad' Movie, but He Has an Idea for Walt Jr

In the Easterseals Disability Film Challenge for which Mitte is a judge, the films aren’t required to tell stories about people with disabilities, but they are asked to further inclusion and change the perception that disabilities are abnormal.

“People want to be represented, not just by some super-power celebrity, but by someone with that type of disability,” Mitte said. “I think if you’re doing the job to the best of your ability and you learn from it and grow from it, you can do whatever you want.”