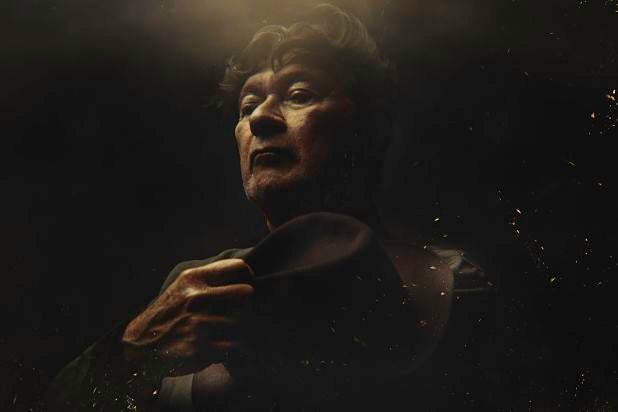 For the better part of the past few decades, Robbie Robertson has been more comfortable in the studio carefully crafting and composing music than he has been sharing it with the wider public. But 2019 has been different, and with good reason.

This year alone, Robertson’s documentary about his former musical outfit The Band, “Once Were Brothers,” opened up the Toronto Film Festival, scored Martin Scorsese’s lates mob epic, “The Irishman,” oversaw The Band ‘s latest box set release and even found time to put out “Sinematic,” his first album in eight years. And this was all just in the past few months.

Despite having not released an album of new material since 2011’s “How To Become Clairvoyant” where he collaborated with Eric Clapton, Robertson has maintained a rigorous schedule, hunkering down mostly at the legendary Village Studios in Santa Monica (where bands like the Rolling Stones, Fleetwood Mac and Bob Dylan have recorded). The result of those long hours comes in the form of his latest collaboration with Martin Scorsese, who he says he’s admired since “Mean Streets,” a new studio album and an acclaimed documentary on his former outfit, The Band.

Also Read: 'Once Were Brothers: Robbie Robertson and The Band' Documentary Acquired By Magnolia

Working with Scorsese for years has allowed Robertson to not only have an acute understanding of what makes the legendary director tick, but also knows what he’s looking for when they’re composing the music for one of his films. That understanding and relationship goes back to when Scorsese directed “The Last Waltz,” the legendary 1978 concert film that captured The Band’s final show at the Winterland Ballroom in San Francisco on Thanksgiving night in 1976. Robertson contributed a track, “I Hear You Paint Houses,” a song of which he describes as being a phrase was just ringing around in his head, and ultimately, landed in “The Irishman.”

“The reception, to this very unusual movie — this is not a formula or something that we see,” Robertson said of the anticipated film. “I don’t think we’ve ever seen a movie like this before. It’s a different animal. Sitting there, I was wondering if the people there would be able to deal with this feeling, this story that is trying to get across. This isn’t your usual gangster movie. It’s a different mood and I love that about it. The music I had to make for this really lives in that world too. It made me do something I’d never done before.”

Scorsese’s new challenge for Robertson on “The Irishman” involved creating a flavor of music that he had to discover and go inside a place sonically that he hadn’t explored before and tried to come out with a feeling that lived inside of the characters. “Because this movie takes place over many decades, the music could not sound like it came out of the ’50s, or something from the ’70s. It had to have a bit of a timeless feel to it and it is a feeling,” Robertson said of how composing the music for this film differed from anything he’d done before. “We’ve been doing this together a long time, and it’s always an exciting experiment and what can be such beautiful counterpoints, what shouldn’t work in a million years and it’s magical.”

That doesn’t even include his autobiography, “Testimony,” which was released in 2016.

“All of this stuff is keeping me out of trouble,” he quipped.

Rollicking contribution aside, Robertson used “I Hear You Paint Houses” as the foundation for what became “Sinematic.” The delay in working on “Sinematic” was primarily due to his work with Scorsese, and his book. The album has a fairly new wrinkle for the songwriter, which was partially inspired by his composing for “The Irishman.” It also features a slew of guest musicians, including a duet with Van Morrison, Citizen Cope, Glen Hansard and Derek Trucks.

As if he wasn’t busy enough, Robertson’s documentary, “Once Were Brothers,” also executive produced by Scorsese, documents his history with The Band. Tracing the Americana group’s ups and downs and reliving the glory days of the Woodstock era came easy to him, despite the deaths of Richard Manuel (1986), Rick Danko (1999) and Levon Helm (2012). The documentary opened up the Toronto International Film Festival in September, which is usually kicked off with a blockbuster.

When he thinks about late bandmates, Robertson said that the most natural place for his memory to go is the phenomenal experiences and occasions that they did and went through together.

“I miss these guys,” he said. “We went through a lot together and they’re not here anymore, so there’s a deep sadness with that. That’s why I refer to this journey with these guys as such a unique…I can’t even think of any other musical group in history that has had this kind of a ride. We just happened to be at certain places in certain times and it was like the world was exploding before our eyes.”

In fact, while he culled through the footage for the documentary, Robertson had to seek approval of folks who appeared in archival footage, including Bob Dylan, who he describes as a “war buddy” due to the shared experience of the latter’s monumental 1966 tour. Despite not being in touch for some time, the two reconnected over their shared history of being part of one of the most infamous tours in rock history, and their freewheelin’ sessions in Big Pink that became the infamous “Basement Tapes.”

“I’ve seen Bob since then and we’ve got a couple of ideas,” Robertson said wryly.

Though he hasn’t listened to those the master version of those famous sessions just yet, Robertson said, at this stage, that he “doesn’t have a tremendous desire to go through those things again” because he’s too busy with “all of the s— I have to do today and tomorrow.”

As for The Band, Robertson put together an all-encompassing 50th-anniversary box set of their self-titled second album. With acclaim building around the success of “Music from Big Pink,” The Band went back to work and did what they did best: ignore the outside world and make an album that was true to themselves.

“Making that record, The Band album, was probably the high point of all of the years of us working together when the brotherhood was so on top of their game, and so connected with one another,” he said. “We were living together and making something in our own world. Nobody back then didn’t record a record in a recording studio. The record company thought I was completely insane! The fact that it actually worked and connected, to this day, people are copying that sound and feel.”

Despite the new album and other work that’s taken up Robertson’s 2019, he won’t be hitting the road in support (“I don’t like buses and I don’t like sleeping in other people’s beds”). Instead, he’s already back at work on the next Scorsese film (though he wouldn’t reveal any details of the scope of it) and working on the next volume of his memoir.

“We don’t have time to mess around,” he quipped.