Robert Cormier, a Toronto-hailing actor who appeared in shows like “Slasher,” “American Gods” and “Heartland,” has died at 33.

According to The Hollywood Reporter, Cormier died in a hospital in Ontario from injuries sustained in a fall.

The actor is best known for his portrayal of Kit Jennings in the third season of Netflix’s original horror anthology “Slasher.” He was also featured in the Canadian indie drama “Firecrackers,” which premiered at the 2018 Toronto International Film Festival. 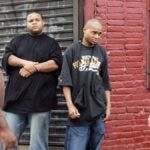 Cormier was born on June 14, 1989 in Toronto, Ontario to Lisa, a lab technician, and Robert Cormier, a small business owner. He was the first actor/artist to come out of his family. Prior to graduating film school in his native city in 2014, Robert graduated from Texas A&M with a degree in Fire and Engineering Extension Services and studied economics at York University. Two years later, he landed a guest spot in “Designated Survivor.” 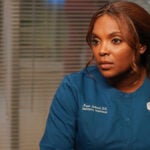 According to his obituary, he is survived by his parents, three sisters, his grandmother, and several aunts and cousins.

Following the announcement of his death, UPtv paid tribute to Cormier.