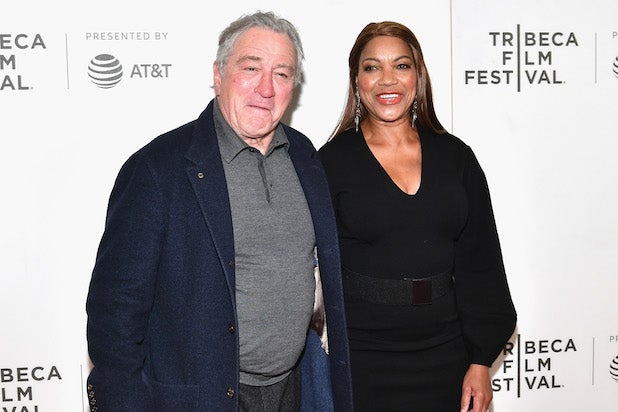 Robert De Niro and his wife, Grace Hightower, have separated after 20 years of marriage, an individual with knowledge of the situation told TheWrap Wednesday.

“Grace and I have two beautiful children together. We are entering a period of transition in our relationship which is a difficult but constructive process,” De Niro said in a statement on Tuesday, Nov. 27. “I honor Grace as a wonderful mother and ask for privacy and respect from all as we proceed to develop our roles as partners in parenting.”

The divorce however was never finalized, and the two renewed their vows in November 2004 in front of an A-list crowd that included Martin Scorsese, Meryl Streep and Ben Stiller.

Also Read: 'SNL': De Niro's Robert Mueller Thanks Jeff Sessions for All His Help With the Investigation (Video)

De Niro and Hightower first met in 1987 when she worked at the famed restaurant Mr. Chow in London. They have two children together, 20-year-old Elliott and six-year-old Helen Grace. De Niro also has four other children with his previous wife Diahnne Abbott.

The couple was last seen together on the red carpet in June at the 72nd Annual Tony Awards in New York City. De Niro has since attended several other events, including most recently a MoMA benefit on Monday, solo.