Robert De Niro injured his leg while in Oklahoma for filming on Martin Scorsese’s upcoming film “Killers of the Flower Moon,” and is heading back to New York City for treatment.

“While at his on-location home in Oklahoma for the filming of Martin Scorsese’s “Killers of the Flower Moon,” Robert De Niro injured his quadriceps muscle which will be treated medically in New York,” his reps told TheWrap via statement. “This will not affect production as he was not scheduled to film again for another three weeks.”

Based on David Grann’s novel,” Killers of the Flower Moon” is set in 1920s Oklahoma and based on the murders of several members of the oil-wealthy Osage Nation, a string of brutal crimes that came to be known as the Reign of Terror. More than 60 people were confirmed murdered or disappeared between 1921 and 1926 and the investigation included the first undercover operation conducted by the agency that would become the FBI. It was eventually established that racist laws forcing members of the Osage Nation to be placed under the stewardship of white “Guardians” had incentivized at least some of the murders. 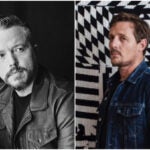 Scorsese produces and directs “Killers of the Flower Moon” for Apple Studios from a screenplay by Eric Roth. Producing alongside Scorsese are Imperative Entertainment’s Dan Friedkin and Bradley Thomas and Appian Way Productions.

TMZ, which broke the news of De Niro’s injury.