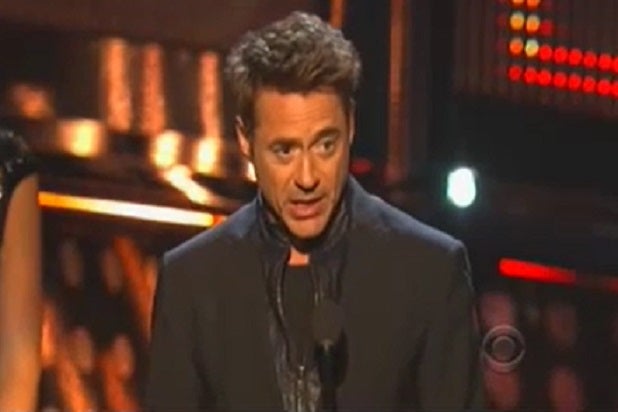 Indio Downey was arrested for cocaine possession Sunday, but his father, Robert Downey Jr., is standing by his son’s side.

“Unfortunately there’s a genetic component to addiction and Indio has likely inherited it,” he said in a statement to TheWrap. “Also, there is a lot of family support and understanding, and we’re all determined to rally behind him and help him become the man he’s capable of being. We’re grateful to the Sheriff’s department for their intervention, and believe Indio can be another recovery success story instead of a cautionary tale.”

Downey Jr. is, of course, speaking from a place of experience. He endured very public battles with addiction and substance abuse from the mid-’90s through the early 2000s. He was arrested multiple times on drug related charges — for everything from heroin to marijuana to cocaine.

When he was near rock bottom in 1999, Downey Jr. even once famously told a judge in 1999, “It’s like I’ve got a shotgun in my mouth with my finger on the trigger, and I like the taste of the gun metal.”

Though it took many years and several different treatment programs for Downey Jr. to find sobriety, the actor eventually cleaned himself up and soon after his career soared to new heights with the “Iron Man” and “Sherlock Holmes” franchises. And in Forbes latest list of the 100 most powerful celebrities, released Monday, he ranked No. 10.

Downey Jr.’s riches to rags to riches rehab story is so compelling and well known, in fact, that Showtime has tapped him to help develop an original drama about rehab culture.

The crux of Downey Jr.’s statement is the confidence the actor has that his son Indio, whose mother is Downey Jr.’s first wife Deborah Falconer, can find similar recovery success.

As TheWrap reported earlier, the 20-year-old was taken into custody Sunday after a traffic stop in West Hollywood, when the Sheriff’s office says a deputy discovered the narcotic in his possession.

Indio Downey posted a $10,000 bail and was released shortly after midnight.