Robert Durst, the real estate heir who was sentenced to life in prison for murder of his close confidante Susan Berman, has died. He was 78.

Durst died early Monday morning in Stockton, California, at San Joaquin General Hospital after undergoing cardiac arrest, his lawyer Chip Lewis told The New York Times. Shortly after his conviction in September 2020, Durst tested positive for COVID-19 and had been briefly placed on a ventilator, and Lewis told the Times that the virus worsened Durst’s existing medical problems.

Lewis did not immediately respond to TheWrap’s request for comment. 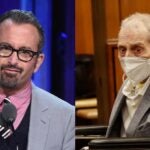 Then in September, Durst was convicted by a jury for shooting Berman, 55, in her home in 2000 in Beverly Hills. She was believed to be preparing to speak to investigators about the disappearance of Durst’s first wife Kathleen McCormack Durst. McCormack Durst had disappeared and was last seen in 1982. After his confession in “The Jinx” and his arrest in the case, it would be nearly six years before he would face trial, only for the pandemic to delay the proceedings even further.

Then in November, Durst was indicted for the murder of his first wife from 1982 by the Westchester County District Attorney in New York. 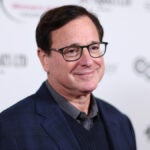 He had denied killing both women, saying that he found Berman on her bedroom floor with a gunshot to her head. Her body was never found, and no suspect was ever charged for her death. During cross-examination, prosecutors pushed Durst to admit he would perjure himself if he had killed them.

Durst was also the subject of another high-profile murder case. In 2003, he confessed to police that he killed his neighbor Morris Black back in Galveston, Texas, two years prior. He said he shot the man and dismembered him in an attempt to steal his identity and escape inquiries into his wife’s murder, according to prosecutors. During the testimony, however, Durst called it self-defense. He was ultimately acquitted.