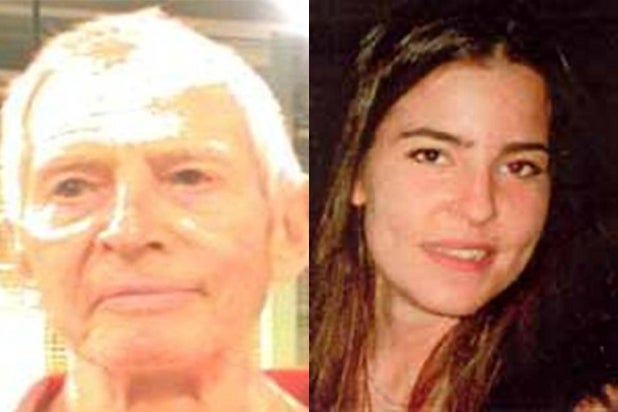 Oakland police have found no evidence to link accused murderer Robert Durst, subject of HBO’s documentary series “The Jinx,” to the 1997 disappearance of Kristen Modafferi.

Police made the announcement on Wednesday after suspicions arose that Durst, whom Los Angeles officials charged with the 2000 murder of friend Susan Berman on Monday, may have been connected to the case.

“The Oakland Police Department conducted an investigation with the assistance of the Federal Bureau of Investigation regarding the 1997 disappearance of Kristen Modafferi,” police said in a statement. “The investigation was open and active for several years. At this time we do not have any evidence that indicates Robert Durst was involved in her disappearance.”

Modafferi, an 18-year-old student from North Carolina, went missing after finishing work in San Francisco on June 23, 1997. Durst was rumored to be living in the area around that time.

Karen Mitchell, 16, was last seen on Nov. 25, 1997 after leaving her aunt’s Eureka, California home. Investigative journalist Matt Birkbeck said on CNN this week that Durst frequented a homeless shelter where Mitchell volunteered, and he drove a car matching the description of one seen near the location where the girl vanished.

“We are very interested in any information Mr. Durst may have in connection with the disappearance,” Eureka Police Capt. Steve Watson said this week. Durst is not a suspect or person of interest in the case.

Durst has long been suspected in the 1982 disappearance of his first wife, Kathie McCormack. Investigators from Westchester County, New York were planning to interview Durst’s friend Berman for information regarding his possible connection, when she was found shot to death.

New York police remain interested in Durst, who may have uttered a confession for the murders of Berman and McCormack in the explosive finale of “The Jinx.”

“There it is. You’re caught,” he said off camera. “What the hell did I do? Killed them all, of course.”