Robert Durst’s murder trial will resume on Monday as planned after Thursday’s hearing was cut short when it was discovered that someone in attendance had tested positive for COVID-19.

“Judge Mark E. Windham recessed the trial yesterday after notification that an individual present in the courtroom — but not a member of either trial team — had tested positive for COVID-19,” a statement from the court read. “Furthermore, Judge Windham learned that this individual — in defiance of strict COVID-19 court and public health protocols — had been experiencing symptoms for several days but nonetheless attended the trial.”

The statement added, “After review of the facts, including contact tracing and an assessment of close contacts under established public health definitions, Judge Windham and the Court have determined that the circumstances do not warrant further recess of the trial.” 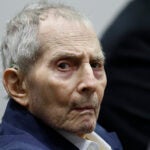 The person who tested positive was a relative of someone on Durst’s legal team, an individual with knowledge told TheWrap. News of the positive test was first reported by the New York Daily News.

Robert Durst — the multimillionaire real estate heir and subject of the HBO crime documentary “The Jinx” who is accused of killing his close friend, Susan Berman, in 2000 — is expected to take the witness stand next week in his defense. He has pled not guilty to the first-degree murder charge.

Berman was murdered in her Beverly Hills home, hours before she was to going to talk to investigators about the disappearance of Durst’s first wife, Kathleen McCormack Durst in 1982. Durst was a suspect in the investigation and prosecutors allege that he had confided in Berman that he had killed Kathleen, and that she helped him cover it up.

This trial also marks the second time that Durst has stood trial for murder, as he was acquitted of the murder and dismemberment of neighbor Morris Blake in Galveston, Texas in 2003, claiming that it was in self-defense. 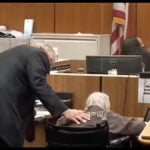