Katz, who had been battling lung cancer for several years, died Wednesday morning at the intensive care unit of the Valley Presbyterian Hospital in Van Nuys, California.

While a statement prepared by Katz’s friends listed his birthdate as February 7, 1943, Patricia told TheWrap that he was actually born in 1941 and that his middle initial was “F.” for “Francis, not “A.,” which was reported elsewhere.

Patricia, whom he married in 1992, said, “He was a real man’s man, but also took loving care of me for 30 years. He is sorely, sorely missed. He was still working on projects ’til the day he died. He told me, ‘Don’t tell anybody that I’m ill, if they find out, they won’t let me work anymore.’ He lived to make films and work in the industry, he loved it.” 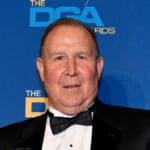 In 1986, Katz founded Esparza/Katz Productions with Moctesuma Esparza. Besides “Gettysburg” and the Emmy-nominated “Introducing Dorothy Dandridge,” they produced the 1997 “Selena” biopic, which won an Imagen Award as Best Picture, and 2003’s “Gods and Generals.”

Kats also received an Oscar nomination in the Best Live Action Short Film category for the 1988 film “Shoeshine,” which he produced.

Among the projects he was still working on are the feature film “Delfino’s Journey,” based on the novel and screenplay by Jo Harper, and a TV miniseries about General Norman Schwarzkopf, based on his 1993 autobiography “It Doesn’t Take a Hero.”

Katz is also survived by his stepdaughter, Victoria Flores, and step-grandchildren, Skyler, 17, and Adysun, 15, from his marriage to Pamela Katz who preceded him in death, as did his first wife, Tishialu Katz.

“We’re going to have a memorial celebration in a few months at a restaurant and tell stories about Bob,” said Patricia. 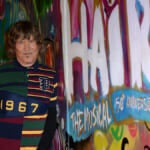