It’s been seven months since Meryl Streep’s show-stealing “worst performance of the year” tribute to then President-Elect Donald Trump at the Golden Globes, which means the industry calendar has tilted back towards awards season yet again.

But first, the profits from 2017’s Golden Globes show. 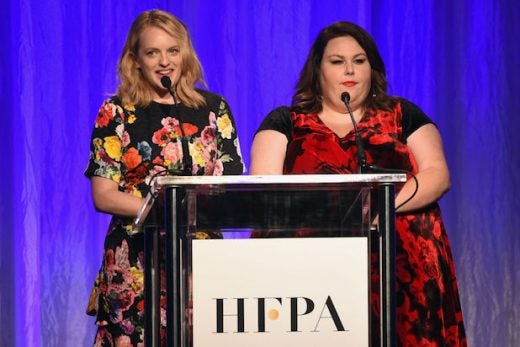 On Wednesday, a month before this year’s awards season launches in earnest at the Telluride Film Festival, the Hollywood Foreign Press Association hosted its Installation and Grant Banquet. During the annual event, a slew of stars help to fulfill their charitable mission by emptying the coffers of all that cash that comes in from the broadcast rights deals for the Globes telecast and heavy-duty sponsorships that finance the organization. 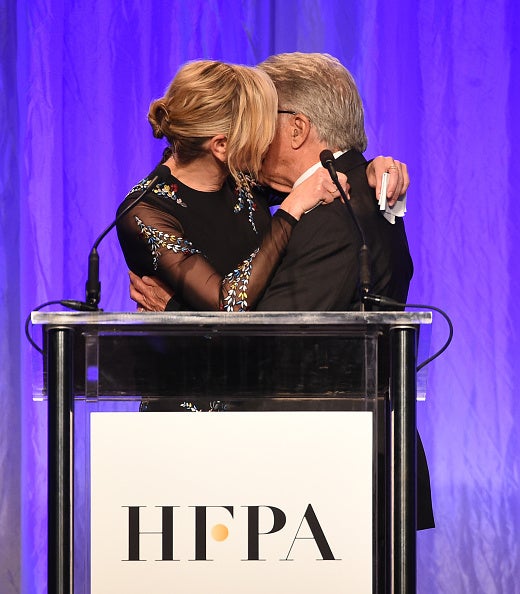 Chelsea Handler hosted the night at the Beverly Wilshire and brought the laughs.

“Let’s celebrate the three things Donald Trump hates the most: foreigners, the press, and actually donating money to charity,” Handler cracked in her opening monologue. She would go on to smooch presenter Dustin Hoffman on stage and broadcast her room number at the hotel.

“See you upstairs – 1025 – that’s my room,” she instructed Hoffman before sauntering off stage.

The night also served as a debut for new HFPA President Meher Tatna (pronounced ‘muh-HAIR TAT-na’). The Globes elected the Indian journalist, who writes for a Singapore newspaper, as their new leader back in June.

“Part of the mandate is to make (the 75th Golden Globes in January) bigger and better and more special than ever,” Tatna told The Party Report earlier in the night. 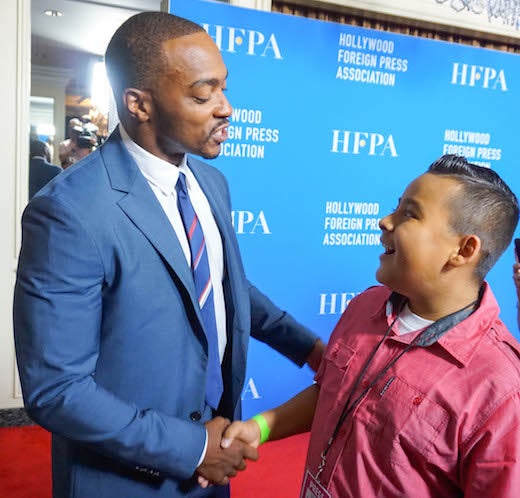 Anthony Mackie and Alfonso, a 13-year-old cancer patient who discovered photography through HFPA grantee the Pablove Shutterbugs program. Alfonso shot the stars on the carpet and attended the night as a member of the press. (HFPA/Pablove Shutterbugs)

The HFPA members represent 56 countries with a combined readership of 250 million. The Globes’ perennial popularity within the industry and high ratings with consumer audiences have allowed the group to donate nearly $30 million to charities over their years.