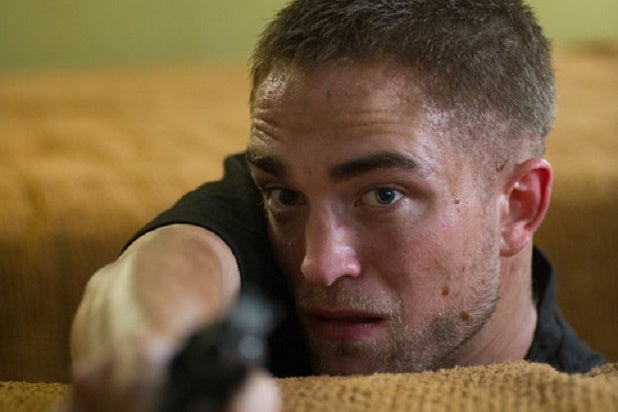 “The Rover,” starring Guy Pearce and Robert Pattinson, recorded the best opening at the specialty box office this weekend.

“The film received strong reviews, particularly for Robert Pattinson‘s breakthrough performance, and his fans responded as the audience breakdown was close to a 50-50 split between men and women,” A24 said.

David Michod (“Animal Kingdom”) wrote and directed “The Rover,” which will expand next weekend.

The R-rated comedy written and directed by Gillian Robespierre went from three theaters to 18 and took in $145,458, for an $8,056 per-theater average, the best of any holdover movie.

In the film, Jenny Slate plays a stand-up comic who unravels when she loses her job, gets dumped, finds out she’s pregnant after a one-night stand and decides to have an abortion. Gaby Hoffman and Gabe Liedman co-star.

Sundance Selects’ “Hellion” opened in a single theater and the drama starring Aaron Paul and Juliette Lewis brought in $9,000.

“The Ivory Tower,” the documentary about higher education in America that was written, directed and produced by Andrew Rossi, took in $17,000 from two screens for Samuel Goldwyn Films and Participant Media.

The film, which premiered at the Sundance Film Festival, is directed by William Eubank, who co-wrote with Carlyle Eubank and David Frigerio. Laurence Fishburne, Brenton Thwaites, Olivia Cooke and Lin Shaye star.

“Chef” brought in $2.2 million from 1,102 theaters and raised its overall domestic total to $14 million. Open Road’s Jon Favreau food truck comedy is the second-highest grossing specialty release of the year, behind “The Grand Budapest Hotel,” which has brought in more than $58 million.