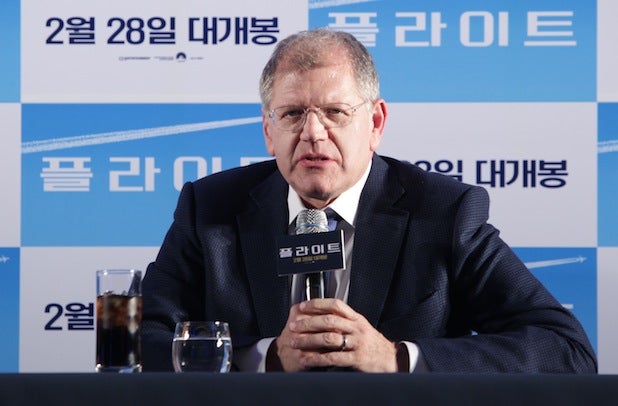 Oscar winner Robert Zemeckis is in talks to direct “The Miraculous Journey of Edward Tulane” for New Line, an individual familiar with the long-gestating project told TheWrap.

Wendy Finerman, who worked with Zemeckis on “Forrest Gump,” is producing the adaptation of Kate DiCamillo’s bestselling children’s novel, which has been in development at New Line for seven years.

Zemeckis will also produce through his ImageMovers banner along with Jack Rapke and Steve Starkey.

Jeff Stockwell wrote the last draft of the script, which follows a porcelain rabbit who falls off a boat in the 1930s and spends nearly a year at the bottom of the ocean until he’s rescued and adopted by a series of owners from various backgrounds.

Zemeckis is no stranger to working with rabbits, having directed the animated classic “Who Framed Roger Rabbit?”

Zemeckis hasn’t decided on his next project, though he recently committed to direct a feature adaptation of Jeff Malmberg’s documentary “Marwencol” for Universal. He’s also in negotiations to direct Lionsgate’s sci-fi tentpole “Chaos Walking.”

Showbiz 411 broke the news of Zemeckis’ plan to reteam with Finerman.