Time’s Up chairwoman Roberta Kaplan resigned Monday after a report said she aided New York Gov. Andrew Cuomo in discrediting a woman who accused him of sexual misconduct. Her resignation came after a group of survivors wrote an open letter to Time’s Up Monday, saying the advocacy organization is “failing the survivor community.”

According to the New York Times, which reviewed Kaplan’s resignation announcement, she told staffers that given she’s a practicing lawyer, “I therefore have reluctantly come to the conclusion that an active law practice is no longer compatible with serving on the Board at Time’s Up at this time and I hereby resign.” 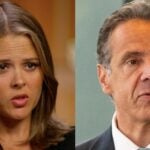 Time’s Up’s board and the organization’s president and CEO Tina Tchen, who was also named in the open letter, issued a statement Monday morning along with a list of four ways in which they are holding themselves accountable, further acknowledging the “lack of trust” this created.

“At Time’s Up, our fundamental mission has always been to empower women. Empower us to demand safe workplaces, childcare support, pay equity and the dignity of respect and equality while achieving one’s career. We started this organization to help accelerate change. Most of our board members and a significant portion of our staff are also survivors of sexual harassment or sexual assault,” the board and Tchen jointly said.

They continued: “We’ve worked to hold power accountable in board rooms, in the halls of government, and in organizations big and small, and we have felt uniquely capable of doing so because many of us have worked in those very institutions. We have never felt co-opted by that experience, only informed by it to try new strategies. And we are proud of that work and the change we have achieved. Yet, we recognize that this work has sometimes resulted in a lack of trust from the broader survivor community we serve and to which we also belong. We are looking within.”

The statement also addressed Kaplan’s resignation, saying that they agree it is “the right and appropriate thing to do.” 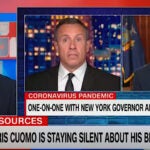 In addition to being Time’s Up’s chairwoman, Kaplan co-founded the advocacy organization’s legal defense fund. Time’s Up has a mission of aiding survivors of sexual harassment and assault.

The resignation came after survivors posted an open letter to Time’s Up Monday morning.

“We write to you as a collective group of survivors and victims who believe Time’s Up is failing the survivor community. We believed in your mission and hoped that your investment in eradicating sexual assault and harassment in the workplace would change the tide to support us as we came forward, but we are disappointed,” says the letter posted on Medium.

It goes on, “Time’s Up has abandoned the very people it was supposed to champion. The board continues to fail to heed the outcry from survivors. Time’s Up is failing all survivors.”