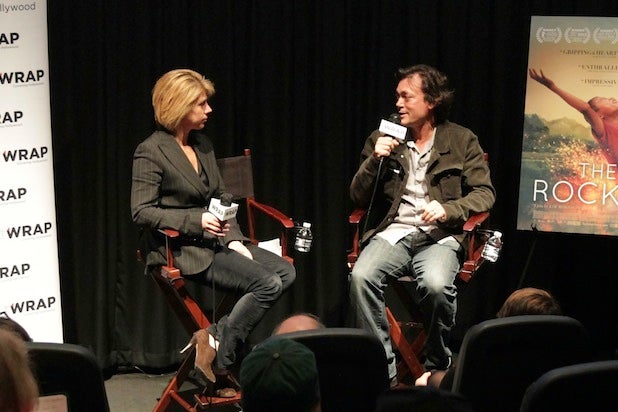 Filmmakers often describe the moviemaking process as working a minefield, but in Australian writer-director Kim Mordaunt’s case, the comparison is remarkably literal.

Describing the origins of his fiction debut “The Rocket,” Mordaunt revealed that the Laotian locations where he shot the film were littered with the same kinds of explosive devices that his characters encounter.

“In terms of the big bombs you see here, it really is like that,” he said Monday night at TheWrap’s awards-season screening of his film. “These bombs hit soft ground and they went deep under the ground, and every time you get a flood and the topsoil gets washed away, another bomb appears. And it looks like they were dropped yesterday, aside from a bit of rust.”

Inspired by his experiences shooting the documentary “Bomb Harvest,” Mordaunt’s film focuses on a young boy named Ahlo who becomes determined to win the Laotian Rocket Festival after losing his mother and being forced to move from his family’s native village.

“In the documentary there was a sub-narrative in there about kids who collect the bomb scrap metal, and it was really working extensively with the Laos kids when I was making the documentary that was kind of life-changing,” he revealed to Wrap editor-in-chief Sharon Waxman.

“Their imaginations were so pure, so alive, that I thought, if I make another film, I want it to be about these kids.”

As easy as it was for Mordaunt to conceive of the tragedies that befall young Ahlo, finding the right child actor to portray the character’s toughness and fearlessness was another challenge entirely. But the director said that he knew 10-year-old Sitthiphon Disamoe was right for the role as soon as he walked through the door to audition.

Also read: TheWrap Screening Series: How Scott Cooper Hooked Casey Affleck With ‘Out of the Furnace’

“He’d been a street kid for a couple of years,” Mordaunt said. “He came in and he had this little walk of his and he said he could do anything. I said to him, ‘Can you swim?’ and he said, ‘I can hold my breath under water for half an hour.’ But he actually couldn’t swim at all.”

Although the film focuses primarily on Ahlo and his family, Mordaunt said that he wanted to highlight the resilience of the people of Laos as a whole, who are still dealing with the repercussions of the Laotian Civil War almost 40 years after it ended. That said, he indicated that it was the reaction from Laotians to “Bomb Harvest” that galvanized his focus for what would become his fiction debut. “The response to that documentary was, it’s a terrific film, but why can’t it be a Laos protagonist, and why can’t it be in Laos,” he remembered.

Which is perhaps why the reaction from the Laotian community seems more important to him than even his native Australia’s decision to submit “The Rocket” as its entry for the Best Foreign Film at the Academy Awards.

“The thing they like most about it is that it doesn’t fall into that cliché that legacy of war where people are sitting around moping,” he said. “Laos just isn’t like that. People are trying to get on with their lives, they’ve got this great spirit.”

“We really wanted to put that spirit of the Laos people in the film,” Mordaunt continued. “They’re trying to break cycles of hatred, they don’t want that any more, and they want to turn what is a very dark history into something positive and beautiful.”

TheWrap's Awards Screening Series features the most significant films of 2013, followed by Q&A sessions with the film's talent. The films are open to members of the Academy of Motion Picture Arts and Sciences, the DGA, PGA and WGA members, and to subscribers of TheWrap's daily email newsletter, First Take.
KEEP READING..