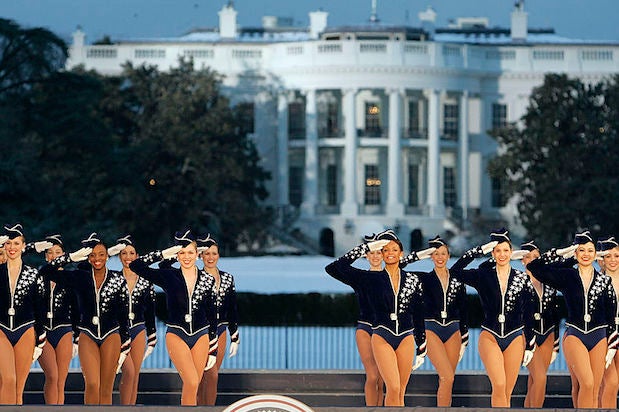 An anonymous member of the world-famous Rockettes spoke to Marie Claire about the decision to perform at President-elect Donald Trump’s upcoming inauguration and says the dancers learned about the news from friends.

“If I had to lose my job over this, I would,” said the Rockette, who is referred to as a pseudonym “Mary” throughout the story. “There is a divide in the company now, which saddens me most.”

Mary said she was blindsided by the news that she would have to perform for Trump, telling Marie Claire that she “found out through text messages.”

“They sent me screenshots of CNN, where the screen said: ‘Rockettes to Perform at Trump’s Inauguration,'” Mary told the magazine.

“The majority of us said no immediately. Then there’s the percentage that said yes, for whatever reason–whether it’s because they’re young and uninformed, or because they want the money, or because they think it’s an opportunity to move up in the company when other people turn it down,” Mary told Marie Claire.

Mary explained that at first, the decision wasn’t optional, saying a colleague “felt she was being forced to perform for this monster.” Another dancer told Mary that, “I wouldn’t feel comfortable standing near a man like that in our costumes.”

Many of the dancers took to social media to express displeasure, but the union eventually sorted out the various contractual obligations for individual dancers.

“We took this very seriously and immediately contacted Radio City for a meeting to address this volatile situation,” the American Guild of Variety Artists told TheWrap last Friday. “This is always the first course of action in a labor-management issue or dispute. Fortunately, the company has agreed that ALL participation in this particular event will be voluntary. We are greatly relieved and hope to work with our members to inform them and alleviate the anxiety and fears that this has caused.”

The union went on to clarify that it “never ‘demanded’ that the Rockettes perform at the inauguration.”

Mary told the magazine “to her knowledge,” no women of color have signed up to perform at Trump’s event.

Also Read: Trump 2016 Leaves a Democracy on Verge of a Nervous Breakdown

“It’s almost worse to have 18 pretty white girls behind this man who supports so many hate groups,” Mary said.

As TheWrap first reported, Trump’s team is struggling to book A-list performers for his inaugural festivities, with two talent bookers saying they were offered ambassadorships if they could deliver marquee names. The inauguration team has its sights set on top-tier talents like Justin Timberlake, Bruno Mars, Katy Perry and Aretha Franklin, and are willing to pay steep fees for the performers.