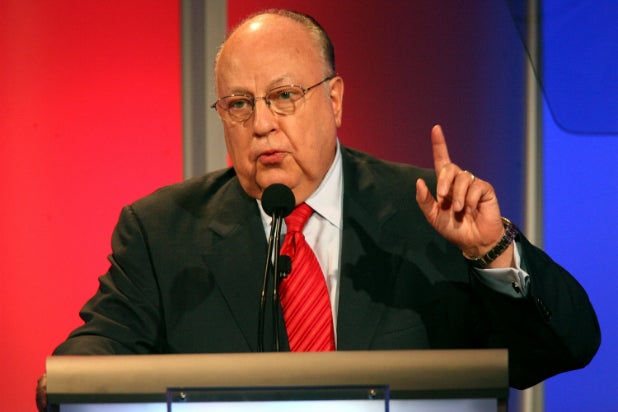 Ailes, who’s heading into his second decade with FNC, will jointly report to Rupert, James and Lachlan Murdoch; the latter ascending to CEO and Executive Co-Chairman.

“Roger is an incredibly talented executive and we’re pleased he has accepted our offer to continue his extraordinary record of success at 21st Century Fox,” James and Lachlan Murdcoch said. “We look forward to witnessing his energy and entrepreneurial drive in leading the next wave of growth for Fox News, Fox Business Network and Fox Television Stations, as well as many years of continued success together.”

Since the announcement that the Murdoch children would be taking the helm of 21st Century Fox, many media analysts cast doubt on the prospect of Ailes–who’s had previous run-ins with them–would succumb to having to answer to Rupert’s children, both considerably less conservative than he.

As TheWrap reported, Fox insiders echoed the same sentiment, suggesting, “If the Murdoch kids try to flex their muscle, Roger will tell Rupert, ‘It’s me or them.'”

Apparently, Ailes and the entire Murdoch bloodline came to an agreement that satisfied the former GOP campaign strategist and longtime TV executive.

“Despite any disagreements James and Lachlan Murdoch may have with Roger Ailes, Rupert Murdoch knew he needed to keep his most successful executive happy,” Joe Peyronnin, former Fox News President, told TheWrap. “Roger Ailes has been assured by Rupert Murdoch he will have enormous autonomy in the future in running the enormously profitable Fox News.”

“Nearly two decades ago, Roger took a bold idea rooted in the belief that there was room for more choice in cable news, and – much to all the naysayers’ surprise – through his development of vibrant programming and talent, created a behemoth of a business with one of the most passionate and engaged audiences in the history of television news,” Rupert Murdoch said. “Roger and I have always had, and will continue to have, a special relationship. Lachlan, James and I are delighted that Roger will be leading key businesses for us and our shareholders for years to come, and he has our unwavering support.”