Roger Corman, Sylvester Stallone, Quincy Jones and Ben Affleck will be among the participants at the 2010 Los Angeles Film Festival, which announced a lineup of artists-in-residence and special conversations on Monday.

Corman, Stallone, Ben Affleck and John Lithgow will be the subject of conversations and screenings, while Jones, Paul Reubens (aka Pee Wee Herman) and restaurant critic Jonathan Gold will be the festival’s artists-in-residence, each of whom will screen a film that has inspired them.

Jones will screen the Steven Spielberg film “The Color Purple,” which he produced; Reubens will present Frank Capra’s “You Can’t Take It With You”; and Gold will introduce Motohiro Katsuyuki’s “Udon.” 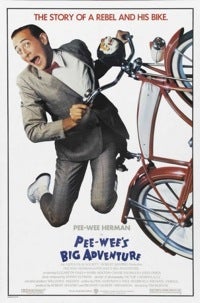 In the conversation programs, Affleck will speak to actor Jeremy Renner (his co-star in “The Town”) about writing, directing and starring in the film; Stallone will speak to Elvis Mitchell from KCRW’s The Treatment, and show scenes from the upcoming film “The Expendables”; Lithgow will “explain the art of Acting Big” in conversations with LAFF artistic director David Ansen after screenings of “The Adventures of Buckaroo Banzai” and “Twilight Zone: The Movie”; and Corman will be reunited with some of his many protégés in a conversation moderated by director Curtis Hanson.

Other programs announced on Monday include special screenings of “Desperately Seeking Susan,” “Pee Wee’s Big Adventure” and the documentaries “Freakonomics” and “The Two Escobars.”

The festival will also present a series of “Poolside Chats” at the JW Marriot Pool at LA Live, covering issues of public education, Twitter and Los Angeles in art; participants will include Oscar-winning documentarian Davis Guggenheim, musician John Legend and writers Ari Karpel and Laurie Ochoa.

The new additions, from the LAFF press release:

A Conversation with Ben Affleck – with Jeremy Renner
An Evening with Sylvester Stallone – with Elvis Mitchell
Over the Top: An Evening with John Lithgow – conversations with David Ansen after screenings of "The Adventures of Buckaroo Banzai" and "Twilight Zone: The Movie"
The School of Corman – Reunion with some of his early protégés, moderated by Curtis Hanson

Poolside Chats (3): at the JW Marriot Pool at L.A. LIVE

Spotlight on the Image (3):

Confessions of a Shoot – Filmmakers talk about how they achieved their distinctive look, as they show clips from their films, shot on a Canon camera. Sponsored by Canon.
Technicolor: One Vision From Set to Screen – Technicolor’s head of theatrical post-production, Marco Bario, leads a discussion with editor Nancy Richardson, ACE ("The Kids Are All Right," "The Twilight Saga: Eclipse") and post-production supervisor Nancy Kirhoffer ("The Prestige," "Appaloosa"). Sponsored by Technicolor.
Kodak Focus: Rodrigo Prieto – Oscar-nominated cinematographer Rodrigo Prieto will discuss and show film clips of his unconventional and innovative techniques with Kodak’s Chris Russo. Sponsored by Kodak.

Coffee Talks: Will include discussions with directors, actors, composers, and screenwriters, with names to be announced.