At Star Wars Celebration Europe, the cast and crew of “Rogue One: A Star Wars Story” unveiled a new poster featuring a planet the likes of which fans have never seen before.

The poster shows a battle between Stormtroopers and the rebel militia on the planet of Scarif, which is the first planet in a “Star Wars” movie to feature tropical beaches. In the sky, the Death Star looms large over the battle, as the Empire continues to grow in strength.

New pictures of Stormtroopers marching through Scarif’s warm, shallow waters were a major topic of discussion during the “Rogue One” panel. Director Gareth Edwards said that the aim of his film, the first of a planned anthology series separate from the main timeline continued by “The Force Awakens,” is to experiment with the “Star Wars” universe and to present it in new and daring ways.

“We’re making this film that’s … touching my favorite film of all time,” said Edwards in a sizzle reel that played during the panel. “But if you’re too respectful and you don’t dare do anything new to it and take a risk, then what are you bringing to the table?”

Edwards told panel host Gwendoline Christie that the Scarif scenes were filmed on location in the Maldives, with members of the Maldivian army playing the Stormtroopers. To Edwards’ surprise, many of the soldiers did not know anything about “Star Wars.”

Check out the new poster and a sneak peek at the characters from the upcoming film below. 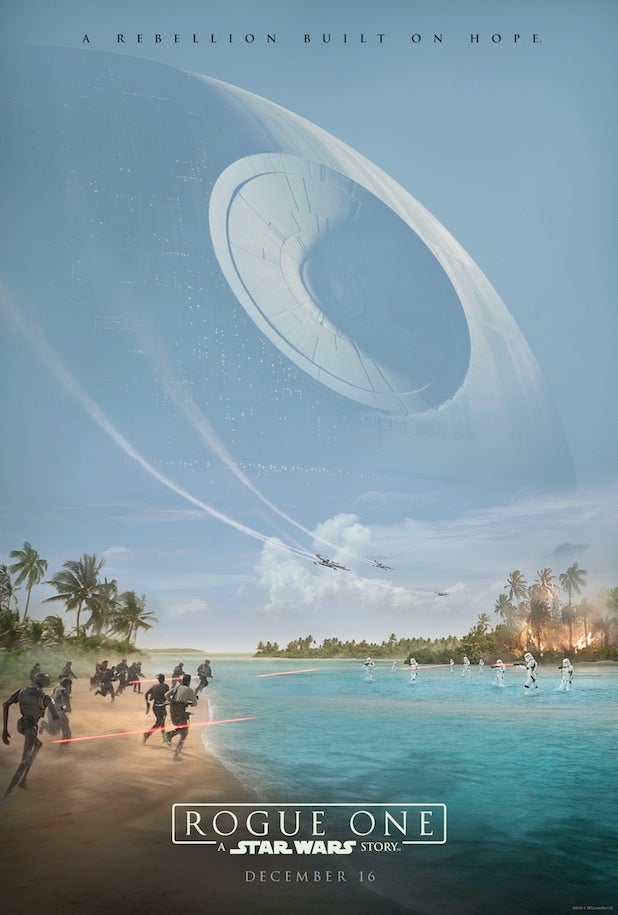