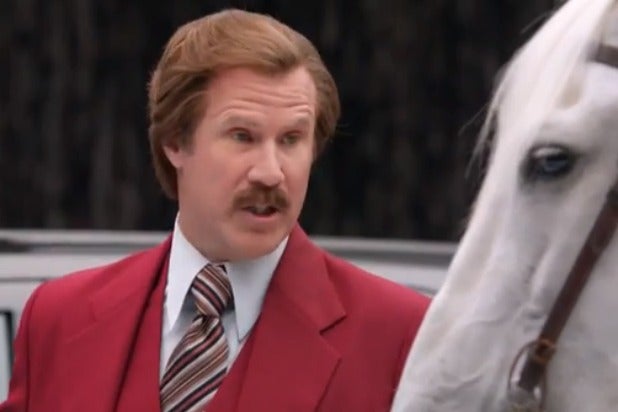 Ron Burgundy is selling a lot of cars.

AdAge reports thats Sales of the new Durango — the car Will Ferrell is hawking as his “Anchorman” character — were up 59 percent in October, to 5,120 units, and are up 50 percent for the year.

Edmunds.com analyst Michelle Krebs told AdAge that shopping for the Durango soared on the site after the ads launched Oct. 5, and Dodge brand manager Tim Kuniskis said the company has had an 80 percent increase in online traffic.

Ferrell must consider the Durango a lot cooler than the Dodge Stratus, which he belittled as a symbol of impotent power in a now-classic 1998 “Saturday Night Live” sketch.

What’s next? San Diego’s favorite anchor selling out and moving to New York?

Watch the old Ferrell, and the new: