Ron Howard spent 18 of his first 30 years as a regular presence in our homes on two classic TV series. Then, with his Imagine Entertainment partner Brian Grazer, he built one of the most successful film careers of our time, winning Oscars for “A Beautiful Mind” and “Frost/Nixon” and critical acclaim for such hits as “Cocoon,” “Splash” and “Apollo 13.” 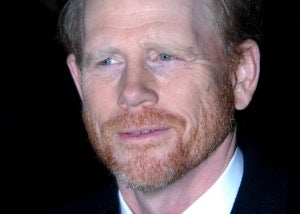 My father, Rance, was in “Mister Roberts,” touring the country with Henry Fonda. So when he had to go into the military, he started directing there to avoid combat in Korea. When he got out, one of his calling cards was he really knew “Mister Roberts.” So in summer stock and stuff, he’d wind up directing and sometimes playing the character. It was a really popular summer-stock production.

I was born while he was in the Air Force, and being around these summer-stock productions is among my earliest memories. Apparently, I started picking up on the dialogue and mimicking the dialogue when I was about 3.

We did a scene between Roberts and Ensign Pulver — the characters played by Jack Lemmon and Henry Fonda in the movie. I played the Lemmon part. My dad thought that was pretty amusing.

So, dissolve, a few months later, my dad was making the rounds in New York, and he wandered into this casting office at MGM. It was swamped, swarming with kids for a movie called “The Journey” that was gonna be made in Vienna, starring Yul Brynner and Deborah Kerr. And he couldn’t get in, s 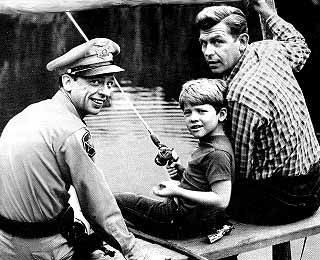 o he left a note: “Rance Howard stopped by. And by the way, I have a son who’s a fine actor.”

We were surprised to get a call back. The guy said, "Bring your son in."

So we went in and did this little scene from “Mister Roberts.” They said, "Can you do anything else?" And he said, "I really don’t know if he can." So they gave him some sides, and I learned this new scene, did it, and then they said, "OK, we’re gonna screen-test him."

I remember my dad preparing me by running the lines, and he had one of his acting buddies holding up a broomstick with a string and tin can like a boom mic and jiggling it around so I would learn not to get distracted and look up at the real mic. And he was just working on me, talking to the character, listening … really good preparation — sort of Actors Studio stuff.

I got the part. And he got a small part in it, too, which enabled my mom to go with us on location.

Their feeling was, as struggling actors, we’ll never be able to afford to take him to Europe. Let’s take this money, create a college fund and he never has to act again. They were as leery of the child-actor pitfalls as anyone.

But you know, I took to it and liked it.

When we got back from Europe, television had abandoned the East Coast and moved to sunny California so they could make westerns and cop shows. And so my dad was kind of a western type and thought, well, he better give up the live TV and go to L.A., and we did that.

And I kept getting jobs. I did live TV. I did “Playhouse 90” and “The Red Skelton Show” when it was live, and the fact that I didn’t screw up live television programming was a feather in my cap.

What happened was, I got a part in a “General Electric Theater” that was also a pilot called “Barnaby and Mr. O’Malley.” It was a comic strip at the time about a little kid and his fairy godfather. Bert Lahr played the fairy godfather, and Mel Blanc, who did all the voices for Bugs Bunny and stuff, he played the voice of this gruff, male version of Tinkerbell.

And it was a big part for me, a very big part. I was Barnaby.

Ronald Reagan was the host of the show at that time. At the end of the show, he sort of spontaneously said, “… and a very special thanks to little Ronnie Howard, who was wonderful as Barnaby,” or something like that.

No one was expecting him to just wing that in there. And the next day Sheldon Leonard, who was already producing “The Danny Thomas Show” and other shows — he was the famous Frank Capra gangster character actor who became this powerful TV producer — he called my agent and said, "Well, I’m doing this show with Andy Griffith. I want to put a hold on the kid from 'Barnaby and Mr. O’Malley.'"

He didn’t think the “Barnaby” pilot was gonna sell, and he was right, it didn’t. So I ended up getting the role of Opie.

I remember the first day of filming for the show was out at Franklin Canyon, up off Coldwater there, which we used as the lake. I had a crying scene that day, which is always kind of hard when you’re a kid, but it seemed to go OK.

And what I really remember is Don Knotts’ first scene that he ever did with Andy on the show, and everybody gathering around. It was sort of like they were all witnessing something remarkable. And it really was. I didn’t realize until, I don’t know, eight or 10 years ago that they had sort of been well known for having been in “No Time for Sergeants” together.

But I remember everybody just laughing their heads off at their first scene.

It was like a great television comedy team was born there, and I was watching it.