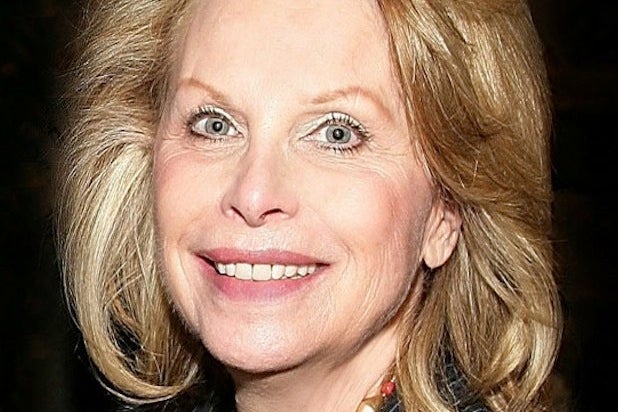 Ronni Chasen’s autopsy report reveals that first responders found her barely breathing and emergency surgeons’ desperate attempt to save her life —  but the document otherwise provides scant insight into her killing.

According to the report, EMTs were dispatched within 3 minutes and arrived on the scene inside of 10 minutes. They found no pulse but did indicate that Chasen was breathing — if barely. She was intubated and operated on at Cedars-Sinai, but pronounced dead minutes later.

Ryan Katzenbach, the documentary filmmaker who sued investigators for access to Chasen’s case files has dismissed two defendants – the Los Angeles County Coroner’s office and its deputy chief Ed Winter – after they made her autopsy report public late Thursday.

“I felt that the autopsy was pretty garden-variety, what you would expect on any type of victim,” Katzenbach, who filed the lawsuit last month, told TheWrap. “It was very thorough, it was very complete. I am still at this point rather puzzled why there was such a need for secrecy, and why this was locked down for three years.”

Katzenbach is still seeking the full case file from the Beverly Hills Police Department for a film he’s working on about the veteran publicist and awards season consultant’s murder, ruled a homicide at the hands of transient felon Harold Smith. Though Katzenbach sees nothing unusual in the autopsy, he plans to turn it over to a medical expert who can possibly glean more details.

A synopsis in an attachment to the document, written just hours after Chasen’s death by a coroner’s investigator identified as Courtney Morrow, suggests that an “unknown vehicle pulled up and someone fired approximately 4 gunshots” as Chasen was driving home from a premiere afterparty on Nov. 17, 2010.

But detectives later determined that Smith approached Chasen’s car on foot or on a bicycle; as there were no known eyewitnesses to the crime, the “second vehicle” theory never materialized. A coroner’s spokesman told TheWrap that there is no meaningful contradiction between the initial report and police investigation, despite media reports this week suggesting one.

Minor discrepancies are commonplace in initial coroner’s documents, which are often based on “quick and dirty” assessments by investigators who’ve been on the scene only a short time, spokesman Craig Harvey told TheWrap on Friday. It’s highly likely that a detective’s early speculation about the “unknown vehicle” seeped into the report, but was later dispelled as more evidence about Smith’s botched robbery attempt came to light.

“It’s a preliminary document,” Harvey said. “It’s done on the fly. Everything is in flux – information changes.”

As for what is in the document:

_ Chasen sustained four gunshot wounds, only two of which were fatal. One shattered Chasen’s upper-arm bone and is a “fatal wound due to the extensive trauma to the right humerus bone with associated hemorrhage.” The other entered her shoulder, traveled through the chest and is a “rapidly fatal wound due to internal hemorrhage.” The other two wounds would not have killed her quickly.

_ Emergency responders were dispatched within 3 minutes and arrived on the scene inside of 10 minutes (approximately). They found no pulse but did indicate that Chasen was breathing — if barely.

_ Despite the seriousness of her wounds, there is evidence that emergency surgeons made every effort to keep her alive, including an endotracheal tube “present and in proper position within the trachea.” The report also notes incisions, an IV puncture, a vascular line and thoracotomy, or chest wall incision, “with attempted repair” of the heart and other organs internally.

_ Chasen’s death took place early Tuesday morning; her autopsy was performed beginning at 9:10 a.m. Wednesday. That’s a fairly quick turnaround even for a high-profile homicide investigation, though not unusual if the day’s workflow allowed it, Harvey said.

The defendants remaining in Katzenbach’s records-violation case include the BHPD; its chief, David Snowden; Lt. Lincoln Hoshino; and city clerk Melissa Crowder. Katzenbach believes there may be more telling details in ballistics reports, crime-scene photos, witness accounts and other police records that have been sealed since the investigation was closed.

For instance, investigators said a month after Chasen’s death that the gun Smith used to kill himself as detectives were closing in was a ballistics match to the murder weapon – but they’ve never revealed what type of gun it was. (Further evidence that initial coroner’s reports can be dodgy: the autopsy revealed Tuesday said the weapon was likely a 9mm, but it’s now believed that Smith used a stolen police-issue .38 pistol.)

“What’s always bothered me,” Katzenbach said of the BHPD’s final analysis, “is how vague they have been.”