Ronnie Ortiz-Magro, one of the cast members of MTV’s popular “Jersey Shore” reality series (and its spinoffs), has decided to “step away from the show” in order to “seek medical treatment for mental health issues.”

Last month, Ortiz-Magro was arrested in Los Angeles on suspicion of domestic violence. Ronnie is currently on probation for a similar charge in 2019.

“After talking to the team at MTV, we have mutually agreed that I will step away from the show while I seek medical treatment for mental health issues that I’ve ignored for too long,” Ortiz-Magro wrote Thursday evening in an Instagram Stories post. 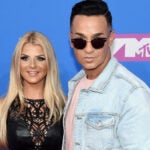 Also Read:
Mike ‘The Situation’ Sorrentino Gets Out of His Prison Situation

“My number one goal now is facing my struggles head on,” last night’s statement continued. “This process will be difficult, but my #1 priority is to get healthy and be the best man and the best father I can for my daughter.”

Around the same time, Ortiz-Magro also posted the below list.

Don’t be impressed by: 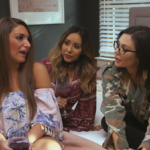 This morning, Ortiz-Magro followed-up those posts to his Instagram Stories with the following: “Shoutout to every single person who battles through a mental illness everyday of their life. It takes real strength to fight a war inside your head 24/7. Never forget you are strong and you’ve got this. Keep going.” 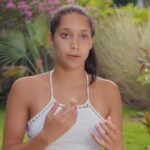 Also Read:
‘Are You the One?’ Alum Says She Was Drugged by Production, Sexually Assaulted by Fellow Contestant

TheWrap reached out to MTV to seek comment on how Ortiz-Magro’s hiatus may impact production. We did not immediately hear back.

In addition to doing the original “Jersey Shore” from 2009 to 2012, Ronnie appeared in several episodes of the franchise’s “Snooki & JWoww spinoff and has been on “Jersey Shore Family Vacation” since 2018.

Ortiz-Magro parlayed his “Jersey Shore” fame into a role in the 2012 “Three Stooges” movie.