“Women Talking,” the drama from director Sarah Polley that stars Frances McDormand, has rounded out its cast, assembling an impressive group that includes Rooney Mara, Claire Foy and Jessie Buckley, an individual with knowledge of the project told TheWrap.

Also joining the cast of “Women Talking” are Judith Ivey, Sheila McCarthy, Michelle McLeod and Ben Whishaw. August Winter, Liv McNeil and Kate Hallett, all in their feature film debuts, are on board as well.

The film, which is based on a novel by Miriam Toews, is set up at MGM’s Orion Pictures and is being produced by Plan B. McDormand is also producing via her Hear/Say Productions.

The novel from 2018 was named the Best Book of the Year by numerous publications, including The New York Times, Washington Post, Time and more. Polley wrote the screenplay for the film, which follows a group of women in an isolated religious colony as they struggle to reconcile their faith with a series of sexual assaults committed by the colony’s men. 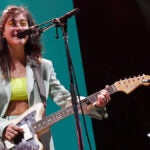 “Women Talking” is Polley’s third narrative feature, following “Away From Her” and “Take This Waltz.” She’s also the director of the acclaimed 2012 documentary “Stories We Tell” that examines the secrets and concept of memory within her own family.

“Women Talking” is one of several films Plan B has with MGM, including new projects by Lee Isaac Chung, Cory Finley and another based on a Ta-Nehisi Coates work. 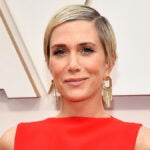 Also Read:
Kristen Wiig to Star in Thriller ‘The Husbands’ for MGM and Plan B

Mara will next be seen in Guillermo del Toro’s “Nightmare Alley.” She is represented by WME, Management 360 and Sloane Offer Weber & Dern.

Foy will next be seen in “Louis Wain” for Amazon, “A Very English Scandal” for Amazon and “Migrations,” produced by Benedict Cumberbatch’s SunnyMarch. She is represented by Independent Talent Group and UTA.

Buckley will next be seen in A24’s “Men,” directed by Alex Garland, and in Maggie Gyllenhaal’s directorial debut, “The Lost Daughter.” She is represented by CAA, Range Media Partners, United Agents and Relevant.