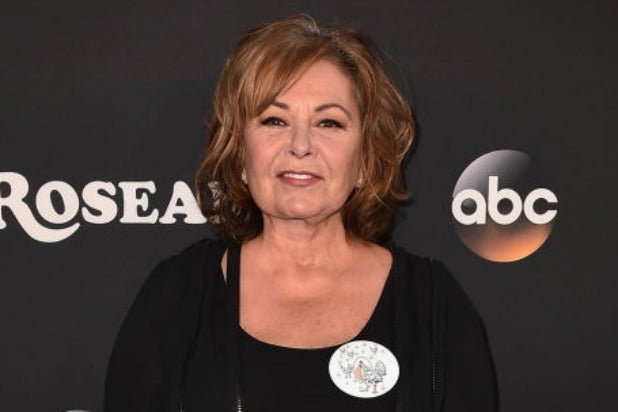 Roseanne Barr accused her former employers at ABC of “anti-Semitism,” contending in a recent interview that her outspoken support of Israel played a role in her firing last year.

“I feel that what happened to me, a large part of it is anti-Semitism,” Barr told the Jerusalem Post published Friday ahead of a planned address of the Israeli parliament later this month. “I think it played a part — the fact that I was never allowed to explain what I meant — and what I meant was a commentary on Iran — so they purposely mischaracterized what I said and wouldn’t let me explain.”

She continued, “In haste they did something unprecedented that they’ve never done to any other artist. And at the base of that I think it’s because I am the most vocal person about Israel and BDS.”

Barr, the star and executive producer of ABC’s high-profile “Roseanne” reboot last season, was ousted by the network after she posted a tweet comparing a Valerie Jarrett, a former Obama administration official who is African American, to “Planet of the Apes.”

Within hours of the tweet, ABC announced that it was cutting ties with Barr despite the gangbusters ratings of “Roseanne,” calling Barr’s tweet “abhorrent, repugnant and inconsistent with our values.”

The show was revived this past fall as a spinoff titled “The Conners,” without Barr’s involvement.

“What I said was mischaracterized purposely and repeatedly, so they didn’t even know what I meant, but they wanted to shape it and they did — they said it was something racial, when it was actually something political,” Barr said in the Jerusalem Post interview.

“And I have never in my life done anything racist, and I think my career proves that,” she said. “And they did it so quickly — to fire and label and slander my name. I think it had a lot to do with identifying with Israel.”