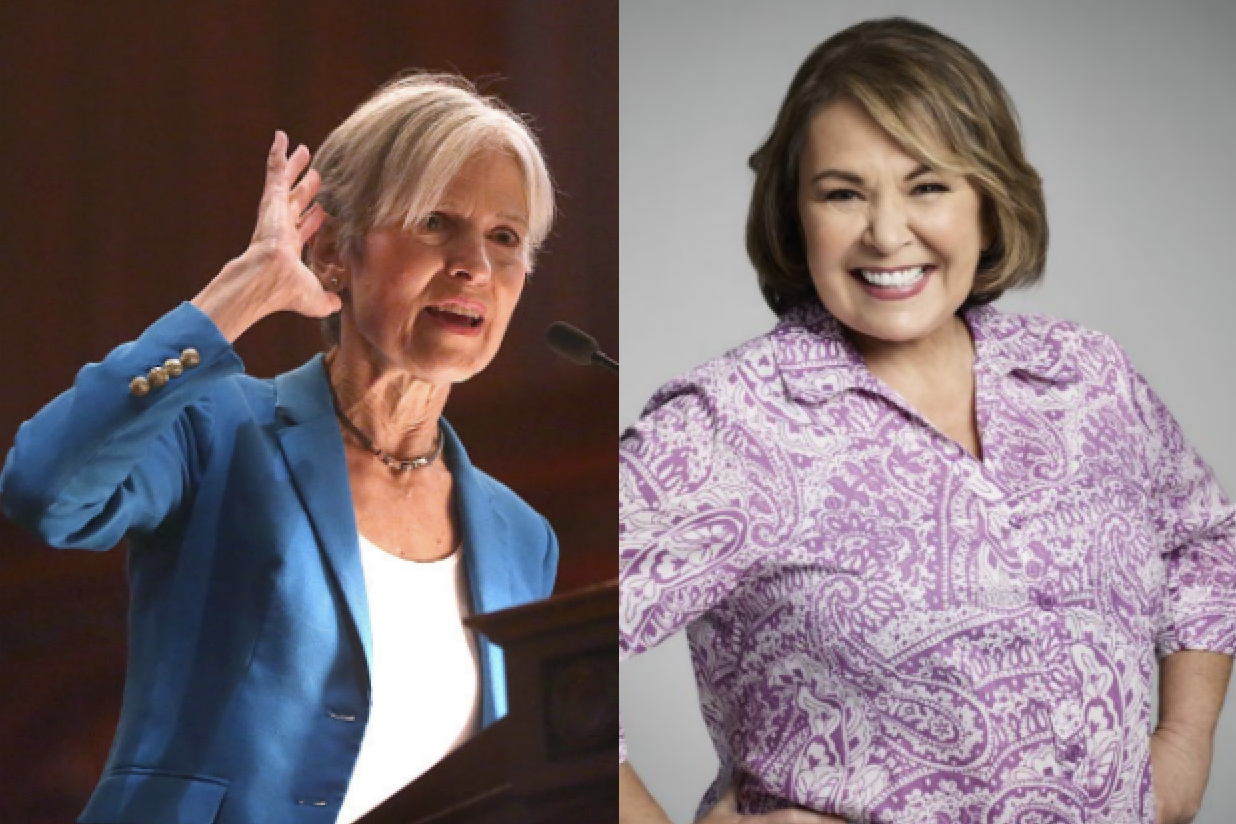 Roseanne Connor, Roseanne Barr’s character on “Roseanne,” may not know who Jill Stein is. But Roseanne Barr definitely does.

One of the punchlines in the new “Roseanne” reunion — “Who’s Jill Stein?” packs a bigger laugh if you know the weird history between Roseanne Barr and Stein, a two-time Green Party presidential nominee.

The joke comes near the end of the premiere episode of the ABC revival, when Roseanne (Barr) and her sister Jackie (Laurie Metcalf) argue about the 2016 election. Jackie says Roseanne, who voted for Donald Trump, bad-mouthed Jackie’s candidate, Hillary Clinton, throughout the campaign.

“You kept saying what a disaster it would be if she got elected and how I wasn’t seeing the big picture and how everything was rigged, and then I go into the booth and I voted for Jill Stein!” Jackie says.

Jackie responds, “Some doctor. You did such a good job of making me doubt myself and feel so stupid that I choked, which helped get him elected.”

Stein isn’t just some doctor. The Green Party presidential candidate ran not just in 2016, but also in 2012, when her closest rival for the nomination was… wait for it… Roseanne Barr.

Barr’s candidacy was unconventional. She said she was running for both president of the United States and prime minister of Israel to “save them from corrupt males before they get the places blown up.”

Barr lost the Green Party nomination to Stein, who then ignored calls to choose Barr as her running mate.

Barr then sought and received the nomination of the Peace and Freedom Party, and used that platform to criticize Stein. At one point, Barr was criticized for tweets involving Stein that some saw as transphobic.

Late in the campaign, in October 2012, someone on Twitter said Stein is “in favor of letting men into spaces where little girls get changed,” apparently saying Stein supported letting trans people use the bathrooms of the gender with which they identify.

Barr replied, “if she has a penis she is not allowed in.”

When someone else on Twitter user accused Barr of transphobia, she tweeted back, “Women do not want your penises forced in their faces or in our private bathrooms. Respect that FACT.”

Stein’s position on transgender bathroom use wasn’t completely clear in 2012. In an interview soon before Barr’s tweets, she said she wasn’t very familiar with the issue. But in 2016, Stein opposed North Carolina’s so-called “bathroom bill,” which prohibited transgender people from using bathrooms for a gender with which they were not outwardly identified at birth. Clinton opposed it, too.

Barr’s interest in gender is obvious on the new “Roseanne”: She and Dan (John Goodman) have a grandson who likes dressing in feminine clothes and wearing nail polish, behavior which confuses them both, though they try not criticize it.

At one point he compliments Dan on his nail polish.