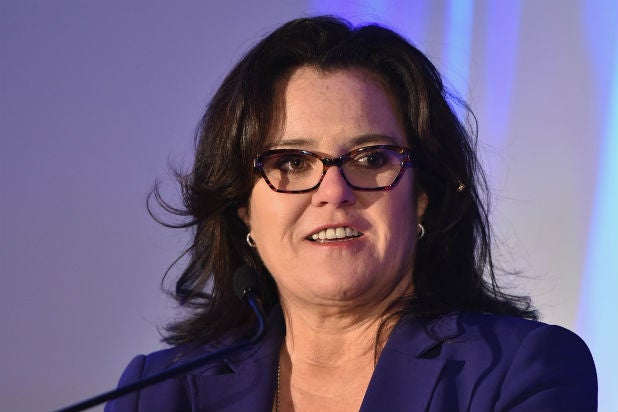 After Fox News anchor and debate moderator Megyn Kelly noted that the real estate mogul had “called women you don’t like fat pigs, dogs, slobs and disgusting animals,” he interjected “Only Rosie O’Donnell.”

try explaining that 2 ur kids

It’s far from the first time Trump and O’Donnell have gone head-to-head, and the outspoken pair have been embroiled in an all out war for years. In 2006, O’Donnell called Trump a “snake-oil salesman” following his announcement that he would not fire troubled then-Miss USA Tara Conner.

The arch enemies got into a Twitter feud in 2011 after Trump tweeted that he felt sorry for her new partner in love, with O’Donnell responding: “wow u r an ass.”

Trump also blasted O’Donnell last July calling her return to “The View” a “disaster,” saying it proved how desperate ABC was. “Rosie is crude, rude, obnoxious and dumb — other than that I like her very much!” he tweeted.