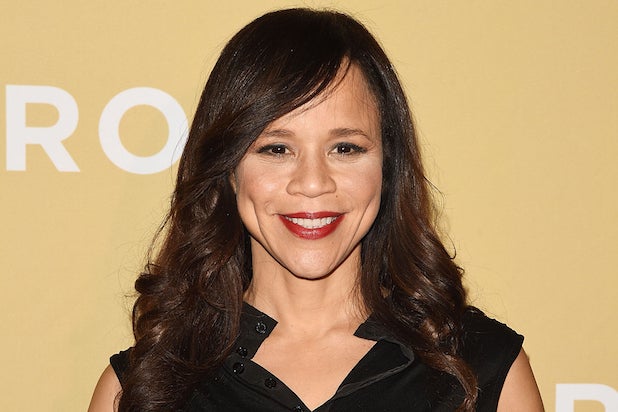 Rosie Perez will not return as co-host of “The View” next season. She will tape her last episode on Aug. 6 — the Season 18 finale.

“Our friend Rosie Perez has decided to leave the show at the conclusion of this season to pursue full time her love for acting,” executive producer Bill Wolff said in a letter to staff. “Stepping into the role of talk show host at the same time she has been starring on Broadway has been incredibly impressive. And beyond being an enormously talented performer, Rosie is a dedicated advocate who has brought passion and insight to the panel every day.”

He added, “Rosie will always be a part of “The View” family, and we will welcome her back as a guest anytime to catch up.  We’ll plan a proper send off for her in a few weeks, but in the meantime, please join me in thanking her for her great work on the show.”

Perez and fellow co-host Nicole Wallace have been considered likely candidates to exit “The View” as producers ponder another reboot of its lineup. The two women were new additions to the show’s roster, alongside Rosie O’Donnell, last fall following the departures of Sherri Shepherd, Jenny McCarthy and co-creator Barbara Walters.

The show’s panel has been in flux since February, when O’Donnell abruptly departed just five months after rejoining to the panel. Raven-Symone was named a new co-host in June, and is expected to return next season alongside moderator Whoopi Goldberg and Wolff.

Producers are considering establishing a core group of recurring guest hosts to join the returning cast members next season, with actress Molly Sims and comedian Michelle Collins considered top contenders for that lineup.