Ruby Rose has opened up about her exit from “Batwoman” last year, detailing the difficult working conditions she and others faced on the CW series. In an extensive Instagram Story posted late Tuesday night, Rose leveled several accusations at some of her former co-stars, including her on-screen father Dougray Scott, as well as former WB TV President Peter Roth.

“Enough is enough,” Rose wrote in the post, tagging “Batwoman” showrunner Caroline Dries and Greg Berlanti and Sarah Schechter of the show’s production company Berlanti Productions. “I’m going to tell the whole world what really happened to me on that set. I will come for you so what happened to me never happens to another person again. And so I can finally take back my life and the truth. Shame on you.”

Rose first called out Roth directly, speculating about his exit from the studio this year. 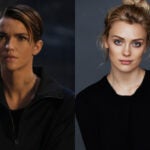 “Not sure if you left after getting promoted to the highest position because you just couldn’t stop making young women steam your pants, around your crotch while you were still wearing said pants or if you left after putting a private investigator on me who you fired as soon as the report didn’t fit your narrative, either way,” Rose wrote. “When it comes to you, there’s already an army waiting for u.”

Season 2 of “Batwoman” saw Javicia Leslie pick up the mantle, introduced as a completely original character named Ryan Wilder. When news of Rose’s exit came about, showrunner Caroline Dries promised that Rose’s character, Kate Kane, would not be killed off. Instead, Wallis Day was cast in the part, with the change in actresses explained by Alice’s (Rachel Skarsten) ability to give people new faces.

Shortly after Rose exited the series in May 2020, she explained that being the lead of any project is “taxing,” and that “Batwoman” was particularly hard on her after she returned to work following neck surgery as the result of a stunt gone wrong. But in her new Instagram post, the actress said Roth forced her back to work after the surgery, guilting her with the idea that “the whole cast and crew would be fired and I’d let everyone down,” and that “I just lost the studio millions.” The actress added that she was devastated over having to miss San Diego Comic Con in 2019 because of her injury, but was asked to cover her surgery scars in the video announcing her absence.

Rose also accused her former “Batwoman” co-star Scott, who played Jacob Kane on the show until his exit earlier this year, of abusing women on set. 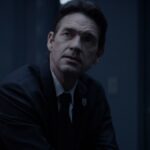 “Dougray hurt a female stunt double, he yelled like a little bitch at women and was a nightmare,” Rose wrote. “He left when he wanted and arrived when he wanted. He abused women and in turn as a lead of a show I sent an email asking for a no yelling policy, they declined..”

Rose also criticized showrunner Caroline Dries, saying she only came to set four times in a year, which Rose noted is “UNHEARD OF.” During one of those visits, Rose said Dries encouraged her to comply with the private investigator hired by Roth.

“In closing, please to my dear, dear fans stop asking if I will return to that awful show, I wouldn’t return for any amount of money nor if a gun were to my head..” Rose added. “NOR DID I QUIT. I DO NOT QUIT, They ruined Kate Kane and they destroyed batwoman, not me.”

Reps for Scott, the CW and Warner Brothers TV did not immediately respond to TheWrap’s request for comment.