VH1 announced the new cast and premiere date for the fourth installment of “RuPaul’s Drag Race All Stars” on Friday, revealing the 10 returning queens who will be competing for their place in the “Drag Race” Hall of Fame.

Season 4 of “All Stars” will keep the show’s supersized 90-minute runtime, but it remains to be seen if the format will be the same after last season’s finale — in which Trixie Mattel was crowned the winner over fan-favorite Shangela due to a surprise vote by the eliminated queens — caused some backlash from the show’s fans.

However, series host, judge and executive producer RuPaul has promised some new twists for the upcoming season.

“I think it will shock fans, although I don’t think they’ll be as disappointed,” RuPaul said in an interview with Entertainment Weekly. “We always try to do something fresh and interesting, and sometimes it turns out in a way that you don’t really expect. I love Trixie. She’s a real superstar, but I really didn’t count on the other girls who came back being so vindictive.”

“All Stars 4” will mark 14 seasons and nearly 10 years of “Drag Race,” so one could be forgiven for need a bit of a refresher before the show returns next month. For those new to the series or in need a quick primer on the 10 returning queens, here’s everything you need to know: 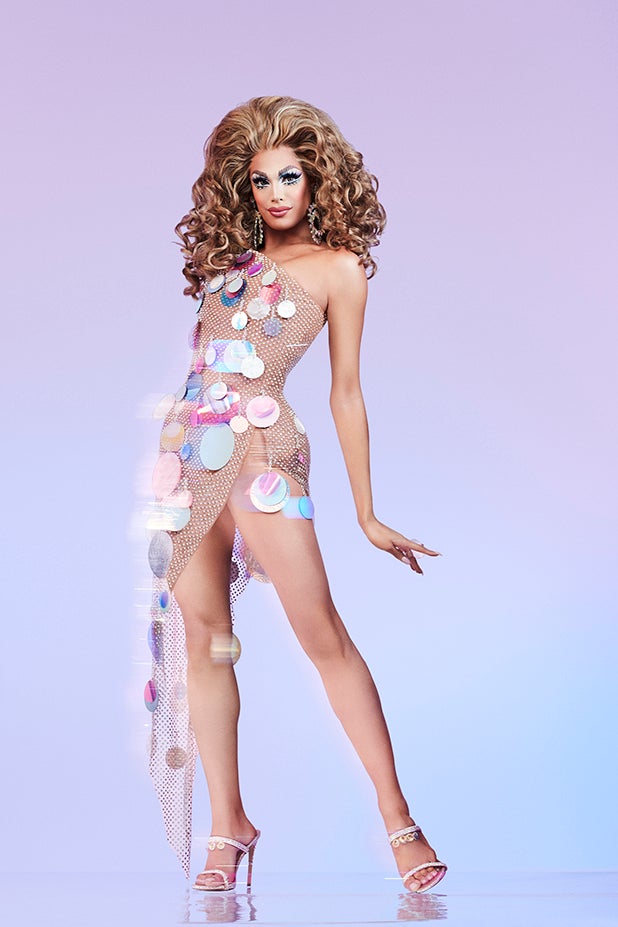 A true fan favorite and early frontrunner, Valentina coasted through much of her original season on good looks, natural talent and easy charm. It first became clear that perhaps her veneer was not as flawless as it seemed in one instantly iconic clash with “All Stars 3” contestant Aja, but it wasn’t until one of the most shocking eliminations in “Drag Race” herstory that it all fell to pieces in truly spectacular fashion.

It’s a moment best experienced in full, but Valentina, unprepared for her potential elimination, forgot the lyrics to Ariana Grande’s “Greedy” and tried to cover it up using a face mask. When Ru brought the lip sync to a halt to demand that she remove it, Valentina’s response was astonishingly bold — “I’d like to keep in on, please.” Naturally, that did not go well. 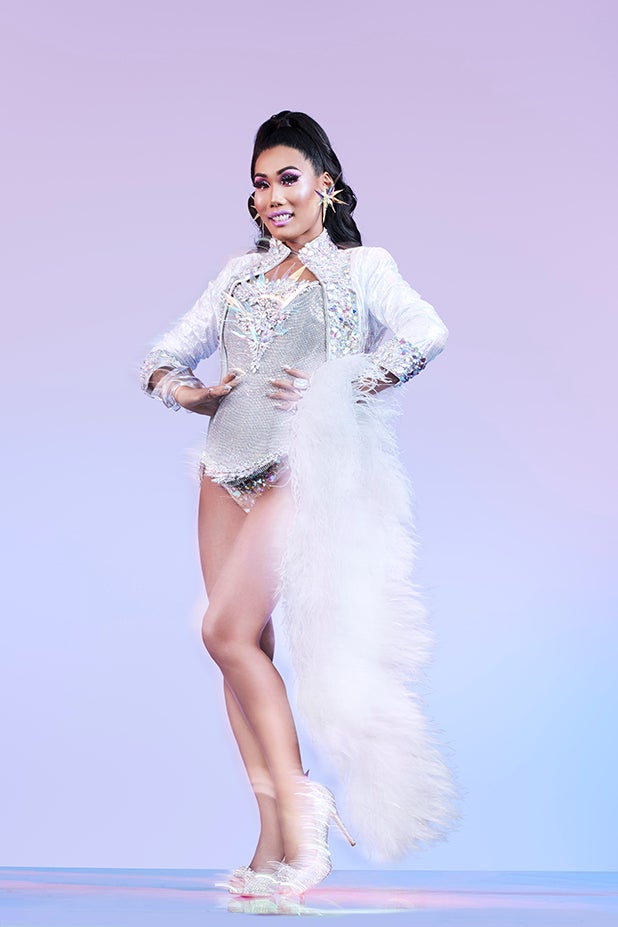 In the years since her original season aired, Gia has fully transitioned as a transgender woman and will now compete as the first out, transgender contestant in “Drag Race” herstory. Her name on the “All Stars 4” lineup also marks a reversal from RuPaul after previously insinuating that transgender contestants would not be allowed to compete on the show.

But Gia made her mark long before with her brash attitude and instantly meme-able catchphrases. Toss out an “Absolutely!” or “I’m feeling my oats, let me feel my oats” in conversation if you want to know who’s a “Drag Race” fan. 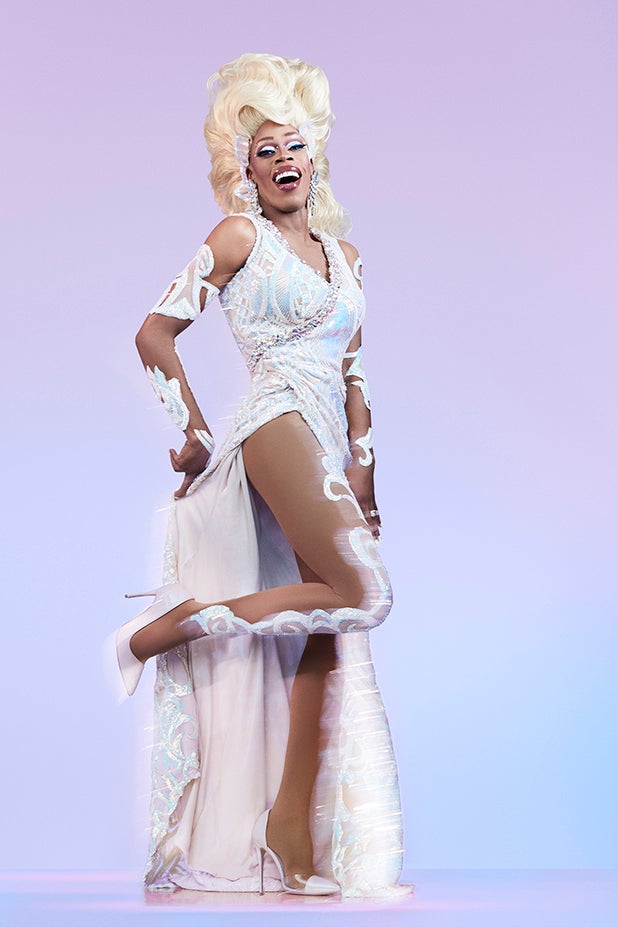 She’s Jasmine Masters and she has something to say. Jasmine was eliminated just three episodes into Season 7, but her big personality, showcased best in her YouTube and Instagram videos, has earned her a wider fanbase even beyond her short time on “Drag Race.”

In one of her videos, Jasmine memorably declared that “Drag Race” had “done f—ed up drag, bottom line, cut and dry,” which made waves among fans. But it was another video about someone’s “hot, boiled-ass, porta potty mess” breath that caught the attention of Justin Bieber and turned her into a viral star.

Best quote: “No tea, no shade, no pink lemonade.” 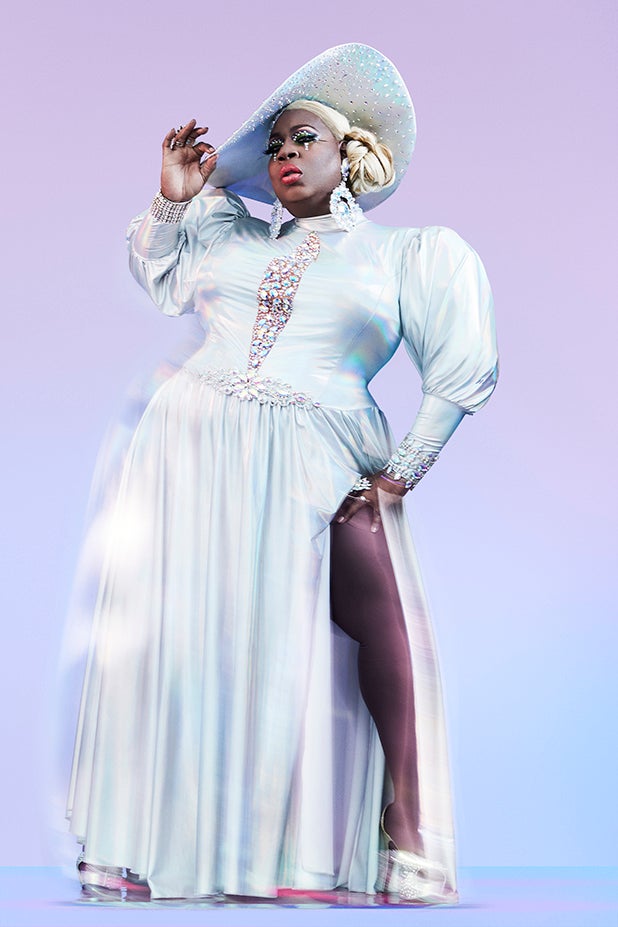 Latrice the one to beat heading into “All Stars 4,” not only as an icon in the drag world at-large, but as one of two queens who has already competed on the show twice. She is also set to compete on the show’s “Holi-Slay Spectacular” special next month.

A seasoned, old-school performer, Latrice has delivered some of the show’s most flawless lip-sync performances, from an energetic “I’ve Got to Use My Imagination” to a weighty, emotional take on “You Make Me Feel” in which she bore a fake pregnancy belly and never moved from her spot.

Best quote: “Get those nuts away from my face!” 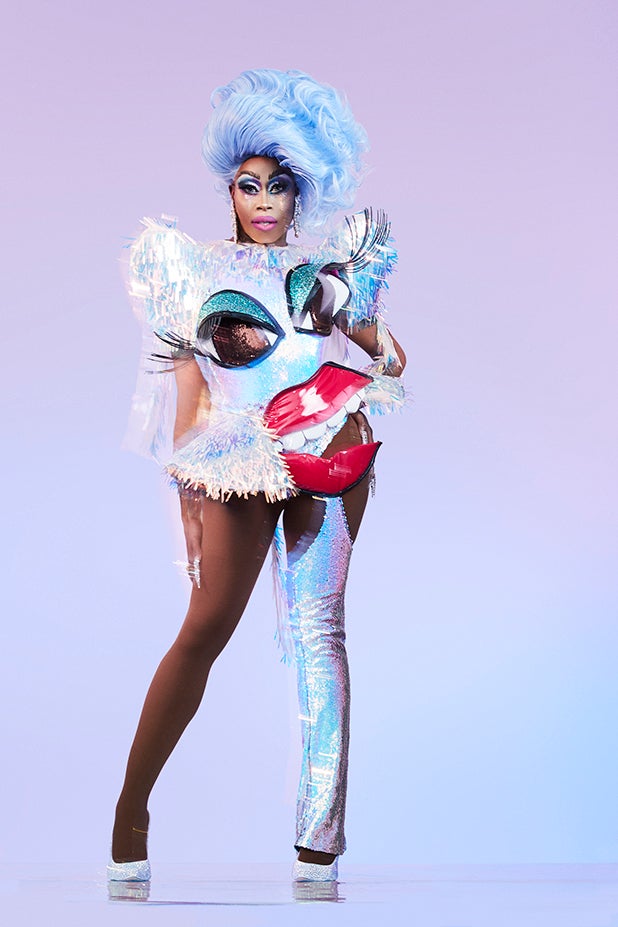 Monique, along with Monet, is fresh off the most recent season of “Drag Race,” putting her at something of a disadvantage. Monique handcrafted every one of her looks, often on the day of the runway presentation, but was frequently clocked by the judges for her lack of polish. Has she had enough time to put together a set of costumes that can meet the even more stringent standards of an “All Stars” season?

But if Monique has anything going for her, it’s the effervescent, life-of-the-party personality that jumped off the screen and the big-hearted integrity that moved the audience to tears more than once. 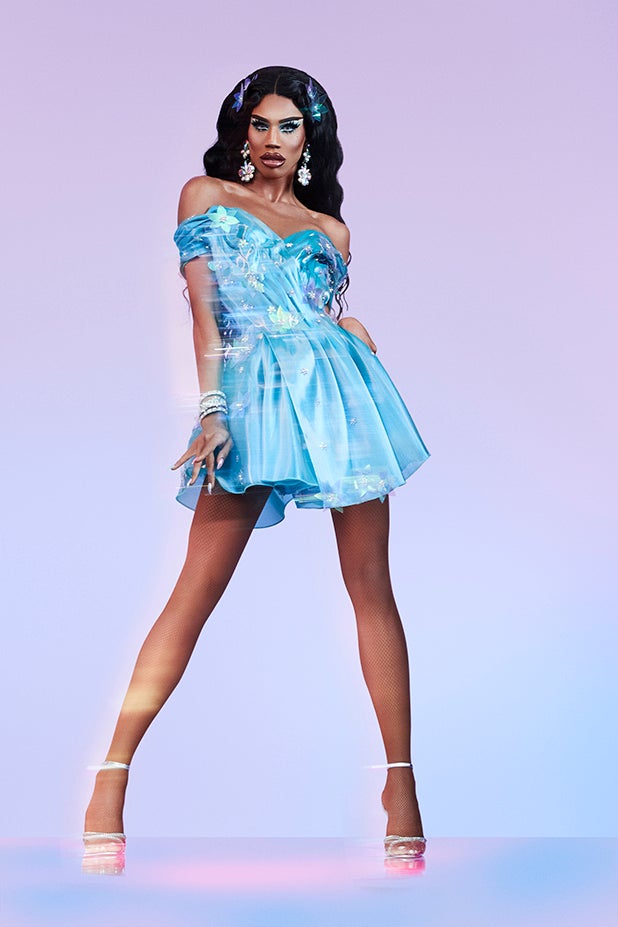 Naomi Smalls, named for Naomi Campbell and Biggie Smalls, was just 21 when she competed on her first season and made it all the way to the final three. With an eye for detail and legs that go on for miles, Naomi was instantly a contender, turning out high-fashion look after high-fashion look. At one point, she crafted a dress out of paper that was so instantly memorable it would go on to inspire one of RuPaul’s own ensembles.

In the intervening period, Naomi has only upgraded her look, refining her make-up skills and wardrobe a becoming a true fashion icon.

Best quote: “Check your lipstick before you come for me.” 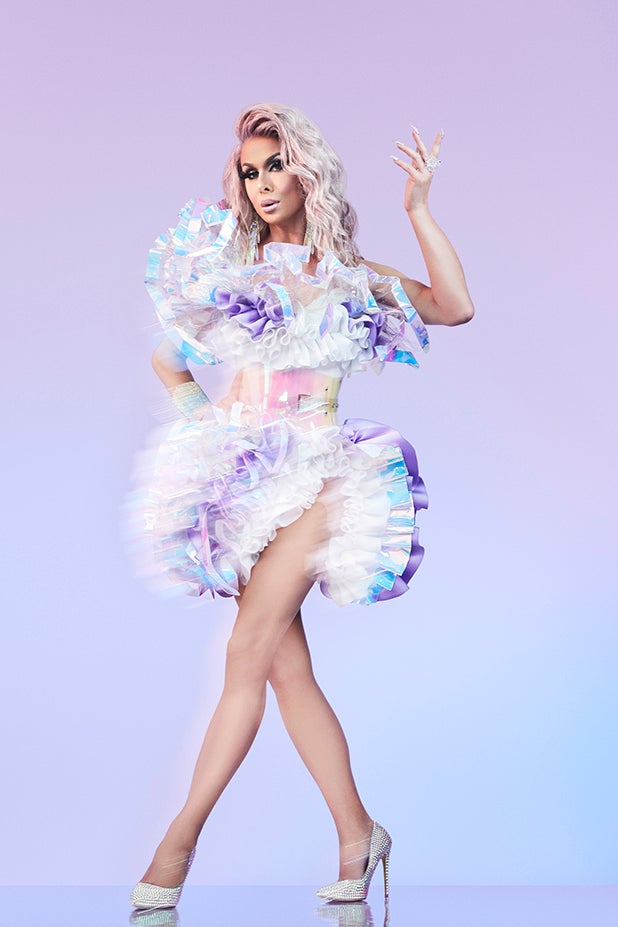 Another queen who made it to the finale of her original season, Trinity “The Tuck” Taylor proved that one underestimates a pageant queen at their own peril on Season 9. She surprised the audience with an unclockable tuck and fearless lip syncs, but it was her sense of humor that endeared her to the judges and kept her in the game. Until the show surprised with a new format for the finale, it seemed like Trinity was easily one of the frontrunners for the crown.

Promising an “edgier” set of looks and probably even more silicone this time around, Trinity will be one to watch out for going into “All Stars.” 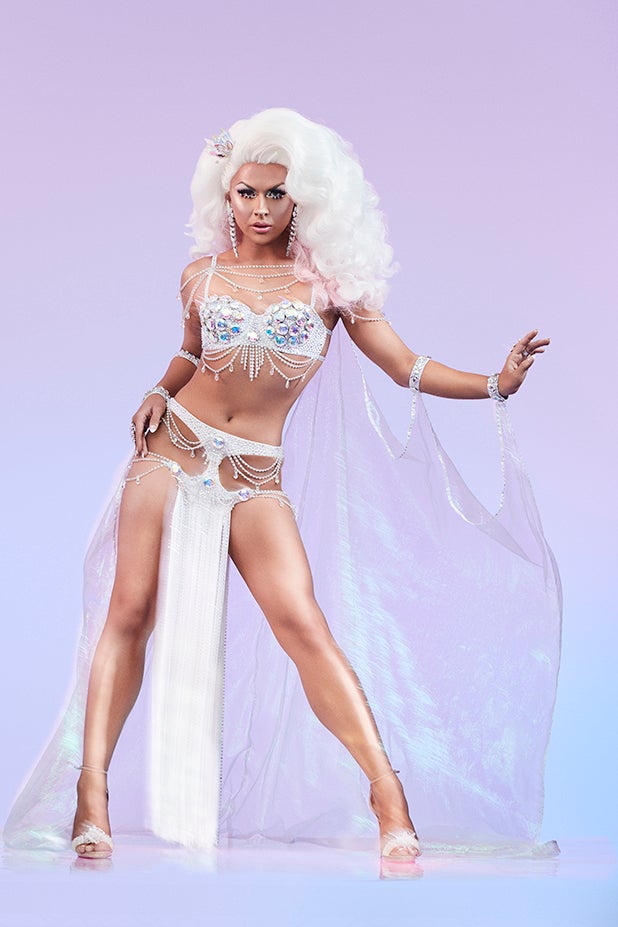 Having Farrah and Valentina on the same “All Stars” season promises some juicy drama, especially after their last confrontation at the Season 9 reunion. Fans learned that Valentina’s congenial on-screen personality wasn’t reflective of her backstage relationships when Farrah confronted her on stage at the reunion, tearing into her for being a bad friend after filming ended.

It was Farrah who led the charge in the world’s most sarcastic round of applause, denying Valentina the audience voted title of “Miss Congeniality,” instead dubbing her “Fan Favorite.” 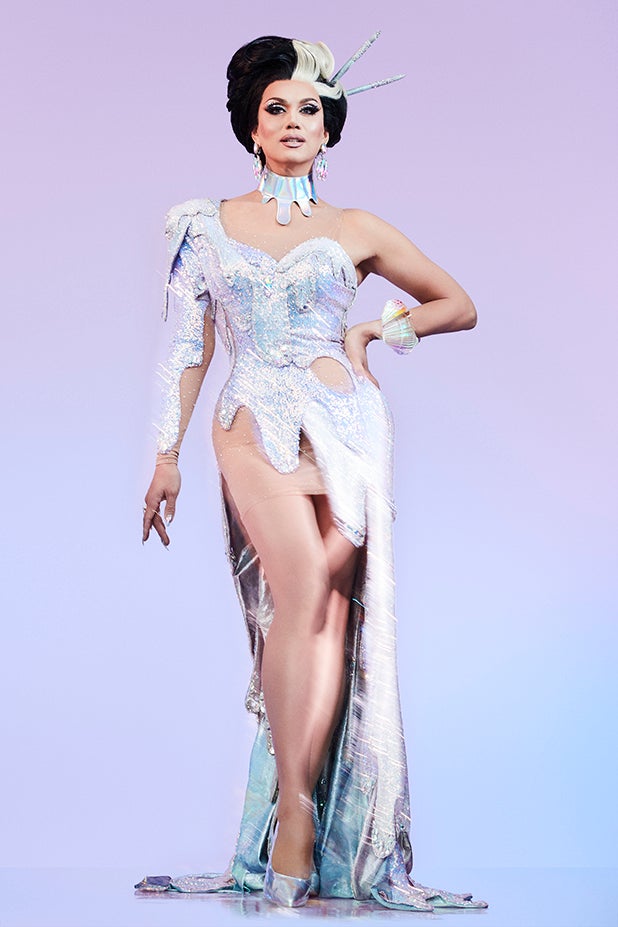 The “All Stars 4” contestant whose been in the “Drag Race” canon the longest, Manila, like Latrice, has already competed on the show twice and is set to appear in next month’s Christmas special. At this point, she’s somewhat of a “Drag Race” legacy act, readily recognized as one of the show’s best contestants who’s never won the crown.

Nearly every look accented by her signature blonde streak, Manila has been turning out some of the show’s most polished performances since Season 3. Who could forget the pineapple dress, or the Donna Summer lip-sync where she tore the makeup off her own face?

Best quote: “Nobody could confuse me with Jujubee because I had her killed.” 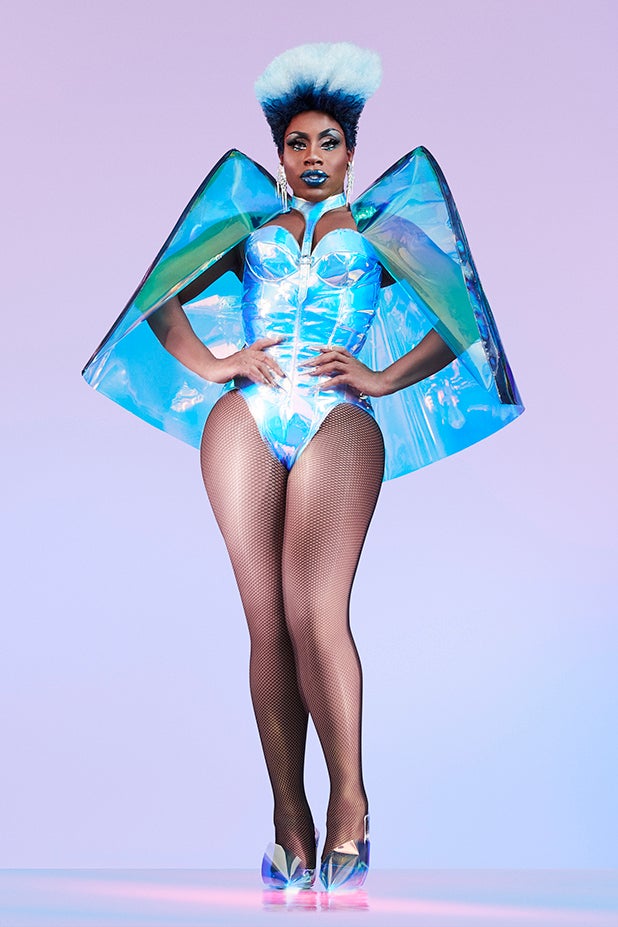 The reigning Miss Congeniality — the first chosen by her fellow contestants — Monet may not have brought the glamor to Season 10, but her blend of humor and ferocity sold every look she wore on the main stage.

Nothing encapsulates that better than when a sponge dress she wore early on was so famously bad that it became a meme among the cast, but Monet committed to the bit so hard, she turned kitchen sponges into an entire brand. Now, with the opportunity (and the budget) to up her wardrobe, Monet might just be a threat to take the whole thing.

Best quote: “If these hoes try to come for me, I surely will cut thee. I will not hesitate to put thou in a ditch, because Maya Angelou ain’t no punk bitch.”