In a new memoir, Jared Kushner reveals for the first time what was said between he and Fox News owner Rupert Murdoch on election night 2020.

It’s been no secret that Donald Trump’s son-in-law and White House adviser rang Murdoch after Fox News’ Decision Desk called Arizona in favor of Joe Biden, not Trump. But what was said between the two men has until now been pretty opaque. 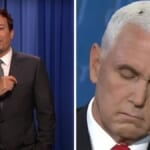 “I dialed Rupert Murdoch and asked why Fox News had made the Arizona call before hundreds of thousands of votes were tallied,” Kushner writes in the memoir excerpt published Wednesday by New York Times reporter Kenneth P. Vogel. “Rupert said he would look into the issue, and minutes later he called me back.”

According to Kushner, Murdoch had looked into if there was anything to be done about his network’s Arizona call. He didn’t have the news the Trump family wanted to hear.

“Sorry, Jared, there is nothing I can do,” he said, per Kushner. “The Fox News data authority says the numbers are ironclad – he says it won’t be close.”

As Trump has a penchant for doing when he doesn’t get his way, the former president proceeded to lash out at the news network he’d long considered an ally, publicly calling out Fox’s Decision Desk head Arnon Mishkin as a “Clinton-voting, Biden-donating Democrat.”

Kushner’s memoir, “Breaking History: A White House Memoir,” which will chart his years working in the Trump administration, is due in August. 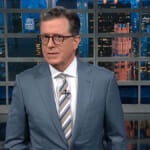