The New York Times first reported the news, citing “two people with knowledge of the decision who would only speak anonymously.”

Bryce Thom, a spokesman for Murdoch, would not comment to TheWrap, and representatives for Ms. Hall did not immediately comment. 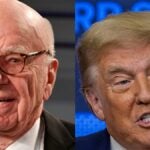 Also Read:
Rupert Murdoch Says Trump Is Harming Conservative Goals by Being Too ‘Focused on the Past’

This fourth divorce for Murdoch is not believed to change his ownership and stake-holding in parent companies of Fox News and the Wall Street Journal. The Murdoch family’s shares in the companies lie in a tightly controlled trust, and Mr. Murdoch splits the voting rights over that trust with his four oldest children — Lachlan, Elisabeth, James and Prudence. But they are structured so that the children can’t outvote Murdoch.

The Times did say that “the split could nonetheless reverberate throughout [Murdoch’s] business empire,” which includes Fox News Channel in the United States, the Sun in Britain and Sky News in Australia. Through his role in these entities, Murdoch has influenced conservative and rightwing opinions. 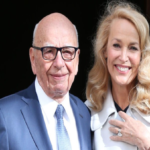 Around the time of their wedding, Murdoch announced his leave from Twitter.

According to the Times, “aides and people close to the family said [Murdoch] was happily devoting more time to his new wife,” which made room for his children and especially chosen successor Lachlan, to take over operations in his corporate empire.